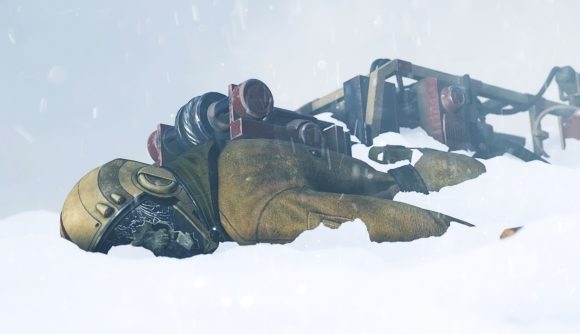 RocketWerkz has taken the first step in making Icarus’ permadeath feature more forgiving for newer players who are still finding their feet with the survival game.

You stand to lose your character and skill progress in Icarus if you can’t catch a rocket back to the space station before the mission timer hits zero, though you do keep the items that have been crafted on the station. As of the latest update, however, you can find insurance in a “handful of early-game drops”, so the game will save any character left on the surface when time runs out regardless of whether they make it out or not.

There’s more to come from RocketWerkz, too. The team says it’s looking at other ways to take the sting out of the survival game’s permadeath feature. “This adjustment is the first of many, giving us a chance for us to test out some theories and concepts we’ve been working on behind the scenes,” the team says. “Expect more significant changes on this front in future updates. There have also been some fixes to other missions for missing text and some incorrect timers, so jump in, organise your squad, and take Icarus by storm.”

Permadeath has been something of a recurring topic for Icarus since it launched last year. In December, the team revived 22,000 abandoned characters and 42,000 dead characters “left behind on prospects” after time ran out.

“We may not have been clear enough to new players learning the game that unless you return to your dropship before the timer expires, then you lose your character permanently – abandoned on the planet surface,” RocketWerkz said at the time. “While these issues don’t affect all players, when you lose a character unfairly it hurts.”

The team hasn’t indicated when you’ll see more adjustments to the permadeath mechanic, so keep your peepers on socials and sit tight for now.

In the meantime, though, if you’re looking for some help in Icarus, our Icarus building guide is a good place to start.