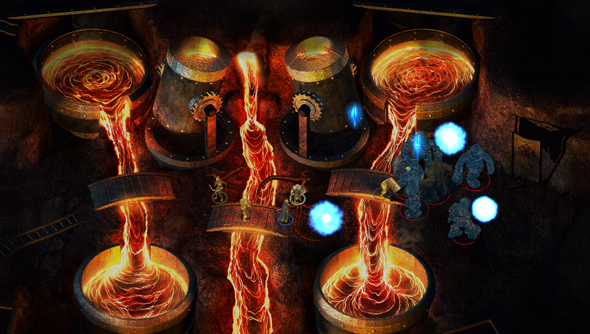 A remaster of Icewind Dale 2 cannot be made because the source code is missing.

Developers Beamdog reached out to former publishers and developers but “no one seems to know” where the original code for Icewind Dale 2 has gone. It seems to have vanished. Consequently, the team hoping to remaster the game have put out a public call for help in locating it.

For more on the Icewind Dale 2 remaster, check out our interviews with Trent Oster and Chris Avellone.

“We’d love to complete the Infinity Engine series and bring you all the game you’ve been asking for, but to make Icewind Dale 2: Enhanced Edition a possibility, having that source code, preferably patched, is needed before we can even start assessing whether the project is doable,” Beamdog says on its website.

“We’ve searched all the archives we have access to, including all the data handed over to Wizards of the Coast from Atari and there is no source code for Icewind Dale 2,” CEO Trent Oster tellsKotaku. “We’ve reached out to our friends at Obsidian, as many of them were the development staff behind Icewind Dale II, and they do not have any source code.

“We’re stalled on the project without source and the project won’t move forward until we can find it. We’ve naturally moved on to other things until there is a change in the situation.”

Built with a customised version of BioWare’s Infinity Engine, Icewind Dale 2 was released in 2002 shortly before its development studio, Interplay, was closed down. It’s thought that sometime during abrupt closure – or during the subsequent distribution of the studio’s asset – the source code was lost.

Beamdog have since updated their post asking fans not to contact former devs or team members on their behalf, but inviting anyone with the code to come forward.