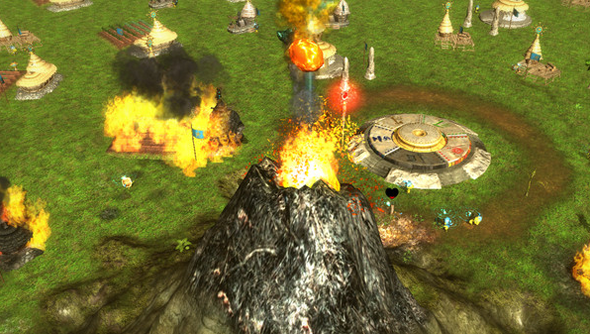 “For a long time now small developers have been cut adrift,” Rowe continues. “They’re approaching a hard market, which is getting busier and busier, and big publishers aren’t interested in acquiring these kinds of titles.”

Rowe and GMG’s founder, Paul Sulyok, are trying to reverse the trend by becoming a new kind of publisher, one that’s not interested in owning games. Just selling them.

Over the past six years has Green Man Gaming have grown to become the second biggest digital store for PC games, by selling keys for Steam, Origin and uPlay at discounts. “When I was at Codemasters as vice president of digital Green Man Gaming was my #2 account behind Steam,” Rowe tells me over Skype. “They did a good 10% of our PC business online. I was amazed at how extensive their operation is.”

As the business grew, Paul Sulyok, GMG’s founder, began to be approached by developers who were looking for more than just a shop. They “were caught feeling the urge to self-publish but they hadn’t got all the necessary skills to do it.”

Sulyok saw the opportunity “to work with these developers and provide the services they need without taking over their life and taking over their creativity,” Rowe explains. He hired Rowe and over the next three months they established Green Man Loaded, a publishing label that doesn’t licence developers’ IP, doesn’t manage the games’ development, and, instead, focuses on what they’re good at: “selling games.”

“We figured we could take about 12 titles a year and give justice to them,” Rowe says. “What we’re doing with Idol Hands is putting the Green Man Loaded machine through its paces. “We’ve advised on pricing, got the store set up, worked the community, and doing the bits we should do and leaving the developers to do what they’re good at.”

Back in 2009, Green Man Gaming bought Playfire, a gaming social network with more than 1.5 million registered accounts. Green Man Loaded’s can use GMG’s store to promote a game, and they hope it will receive popular support through their Playfire community. Since the purchase, GMG have rewarded users with in-store credit for linking their Steam and forum accounts.

“The strategy is to hit it hard for the first couple of weeks and see what we can do to tip the needle on getting an automatic, algorithmic promotion through the Steam Store.”

Despite Steam and GMG being competitors, Valve’s been intrigued by what Green Man Loaded’s trying to do, Rowe says. Part of the reason they let Idol Hands go straight to the store without passing through Greenlight first was because they want to see how GMG’s Playfire community influenced sales.