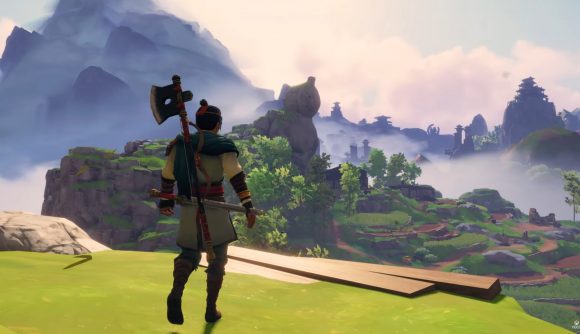 Everything we’ve seen about Immortals Fenyx Rising so far has suggested that the open world game is set against a whimsically drawn backdrop of Greek mythology, but it turns out its world is big enough for many pantheons. Ubisoft has shared details about the post-launch content coming to Immortals Fenyx Rising, and it includes three additional adventures that introduce new lands to visit, new combat systems, and new gods to encounter.

There are three planned narrative DLCs coming to Immortals Fenyx Rising, Ubisoft says. A New God involves a trip to Olympus Palace itself, where the gods of ancient Greece dwell. There, you’ll have to navigate and unlock “beautifully crafted and challenging” vaults designed by the deities so you can finally join the ranks of the Pantheon’s Inner Circle.

Myths of the Eastern Realm travels to “a new land at the frontier of the Sky and Earth” and introduces a new hero named Ku. As Ku, you’ll have an all new fighting style inspired by Chinese martial arts as you explore the world of Chinese mythology. That’ll mean new enemies and monsters to defeat as well.

Finally, in The Last Gods, Ubisoft says you can expect to find new top-down gameplay, as well as new “brawler” combat and a new hero named Ash. This episode is set on a new island, with distinct regions inspired by each of the mysterious lost gods. 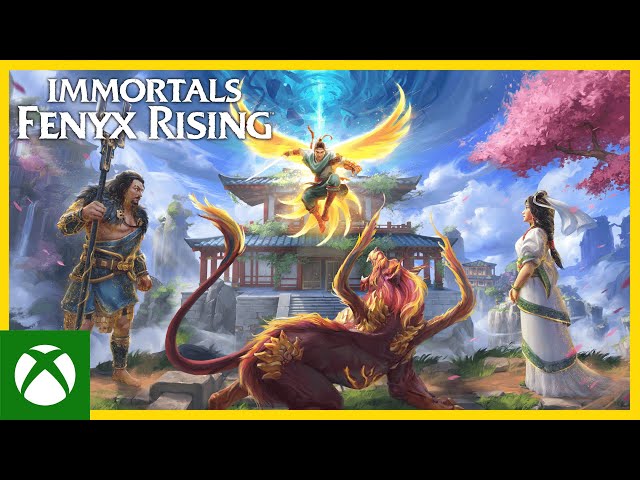 The season pass includes an additional bonus mission with Hermes called When the Road Gets Rocky. All players, with or without the season pass, will be able to participate in ongoing free content updates like daily and weekly quests, community contests, vault challenges, and cosmetics.

All these story DLCs will be included in the Immortals Fenyx Rising season pass, which itself is included in the game’s gold edition. You’ll also be able to purchase each episode separately.