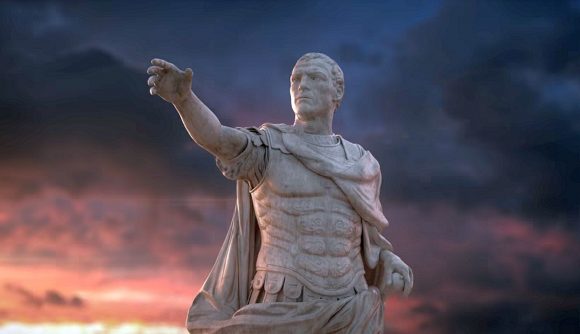 Imperator: Rome is gearing up for some major changes. The grand strategy game’s big Marius 2.0 update is due out this month, along with the much anticipated Heirs of Alexander expansion. Paradox has announced that the expansion is adding a new feature to Imperator that will allow you to design and build your very own great wonders, all the better to broadcast your greatness to the rest of the classical world.

With Heirs of Alexander, you’ll be getting a new in-game design tool for custom great wonders. You can pick from three types: pyramids, towers, and buildings. Each of these has several modules for which you’ll be able to pick designs and construction materials. You’ll find the tool in the building tab in the territory view.

There are nine different materials you can select from when building your great wonder, including ivory, silver, and marble. Naturally, you’ll need to source these in order to use them in construction, so the options you have available to you will be determined by trade routes that you can link up to the province where the wonder is being built. If that route is ever interrupted, you’ll have to find another source or reestablish the link before construction can proceed.

These aren’t merely for show: each wonder can have up to three effects, and these effects all have three tiers that are determined by the overall prestige level of the building itself. Once the wonder has aged for a couple hundred years (and gotten a few upgrades), it can reach the fourth prestige level, which unlocks the most powerful modifiers for your faction.

“This means that the simple stone tower you built in the beginning of your journey can grow and become as powerful as the pompous gold abomination your neighbor saved up money for, but couldn’t complete until late game,” Paradox explains in the latest Imperator dev diary.

Don’t worry: existing great wonders, like Stonehenge and the Lighthouse of Alexandria, are all getting one of the new tier four effects – those will still be valuable structures to defend – and to capture – once the update arrives.

The Marius update and Heirs of Alexander expansion are due to come out February 16, so sharpen those gladii and prepare to do some serious building.