When developers demo a brand new game to journalists, they often begin with the broad strokes: the premise; a shiny mechanic; the pillars that have shaped design. It says everything about the peculiar charm of Paradox Development Studio that they introduce Imperator: Rome to the world’s press with a comprehensive runthrough of the UI. The only pillars discussed are the ones that flank the entrance to the Strait of Gibraltar.

Paradox’s grand strategy titles – Crusader Kings, Europa Universalis, Hearts of Iron – are famed and notorious for their granular detail and reverence for history. In a sense, they are their UIs: games about the minutiae of governance, provincial investments, and population management.

Imperator: Rome is very much in the studio’s tradition, set in the centuries between the best days of Ancient Athens and the establishment of Rome as a superpower. It’s a maximalist empire builder, making every nation on its map playable, from the aforementioned Pillars of Hercules to India.

This isn’t Paradox’s first take on the ancients. Imperator is the follow-up to a Europa Universalis spin-off named Rome released in 2008 – though it has since been dwarfed in popularity by Crusader Kings II, EU’s own fourth iteration, and Stellaris. If a standalone sequel seems like an odd choice now, it’s testament to the autonomy enjoyed by the studio’s creative leads. 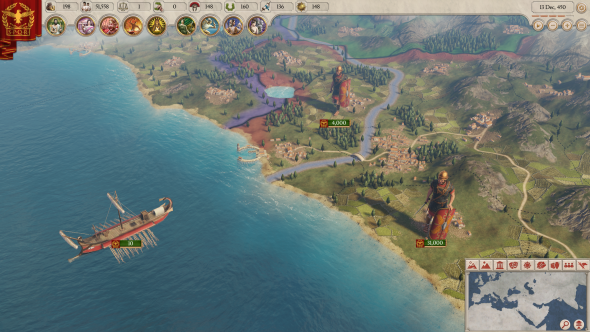 “I thought we could make a good sequel,” game director Johan Andersson tells us. “And I wanted to work on something new.”

More than anybody, Andersson has defined Paradox grand strategy – directing every game they released until Crusader Kings II, and Europa Universalis IV after it. It was Henrik Fåhraeus’ Crusader Kings II that introduced Paradox Development Studio to a far wider audience, however, selling new strategy gamers on its potential for memorably sordid stories of succession and murder.

Rather than let one breakout success homogenise their model, a la Telltale and The Walking Dead, the studio have continued to plough their own historical furrow, putting out strategy games in which you play as nations, not nobles. In that sense, Andersson views Crusader Kings as an “anomaly”.

“It’s in a medieval time period where there were not really nations as such – it was about certain titles and what you inherited,” he elaborates. “While in Imperator: Rome’s time period, it’s states and empires.” 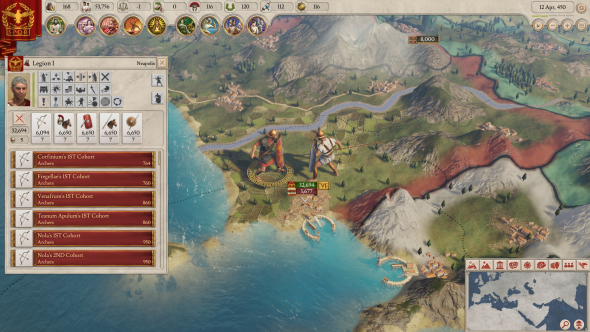 There is a kind of character management in Imperator – of your governors and generals, who you can swap out for the betterment of your empire. It turns out Andersson is interested in personalities insofar as they enable, for him, the most crucial aspect of this period in Roman history – civil war. Every army has a human being at its head, with their own traits and loyalties. Keeping track of them, and of who might turn your own troops against you, is a central consideration for any would-be Imperator.

The map all of this intrigue plays out on is, by some distance, the most beautiful and atmospheric Paradox Development Studio have ever made. Partly as a consequence of their long, DLC-drive life cycles, their strategy games can often end up looking – to pick a period-appropriate euphemism – spartan. Spending hundreds of hours watching the clouds drift across Italy in Imperator is a far more palatable prospect. The focus on UI, too, might not be so obtuse as it seems – that’s one of the things the studio has consciously made more accessible over the years.

Andersson claims to give very little thought to expanding the audience of Paradox Development Studio’s games during the designing of them. “We’ve been talking about those things for 15 years,” he says. “‘We have to get a bigger audience, yadda yadda yadda.’” 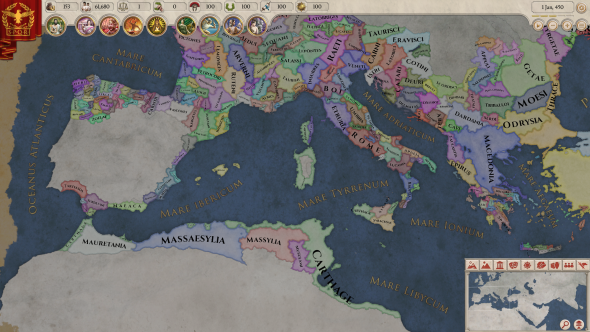 Yet it keeps happening. The audience keeps on growing. And once you try a Paradox strategy game, the statistics suggest you’re probably going to stick around.

“We’ve been on Steam for God knows how many years, and we keep track of how many people who bought the games play more than 30 minutes,” Andersson says. “With our grand strategy games, they were far more likely to not get up after 30 minutes. So we know that if you get the person willing to spend money, they will play.”

Of course, fans of Paradox strategy games often play an awful lot more than 30 minutes. Crusader Kings II is in its sixth year of expansions. Despite their complexities, Imperator: Rome and its predecessors chase a simple, irresistible high.

“It’s a game about painting the map in your colour,” Andersson says. “Whether you’re playing an MMO, or a strategy game, or an FPS, it’s about power fantasies. In this game, you feel powerful by conquering stuff.”