Imperator: Invictus is a sizable modpack that attempts to unify various mod projects that have tried to improve the game since its rocky launch in 2019. It’s not aiming to be a full overhaul, rather this is a community-focused enhancement that seeks to improve the vanilla experience. Anyone who’s spent time in the game as-is should understand and be able to use the changes that this mod brings to the table.

Some of those changes include reworked Iberia and Balkans map areas, six new mission trees, more historical events, fleshed-out religions, tribal buffs for the early game, optional game rules, and plenty more. This mod has only just been released so there are potentially issues and bugs still to iron out. It’s also multiplayer compatible.

The Imperator team has been moved to help work on Hearts of Iron IV and its upcoming No Step Back expansion. Former Imperator game director Peter ‘Arheo’ Nicholson made his dev fairy debut just the other week. 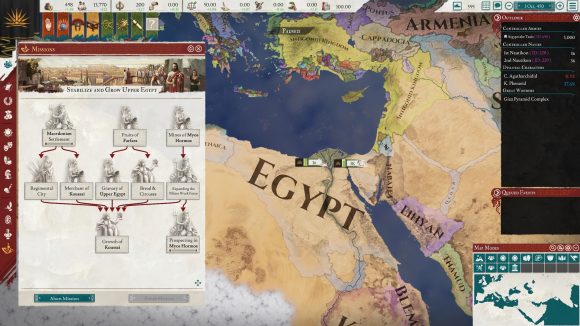 In his farewell post, Nicholson left the door open for work on Imperator to resume in the future, however given the currently depleted player base versus other Paradox strategy games, there’s not much of a case for further development right now.

The last official update was the big 2.0 patch, which put the game in the best state it’s ever been.