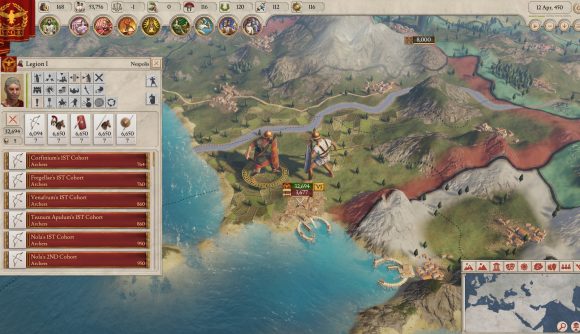 The engine that powers Paradox’s grand strategy titles is getting an upgrade, which means that the studio’s future titles – including the upcoming Imperator: Rome – will be much easier for modders to tinker with and even completely redesign.

For Venture Beat, Fraser Brown spoke with Paradox’s engine team lead John Wordsworth about what changes are in store for the Clausewitz engine, which Paradox has been using for its games for more than ten years.

It turns out the answer is giving old Clausewitz and ally instead of a replacement. Now, the team is working with an additional layer, which they’ve named Jomini, after the Napoleonic general Antoine-Henri Jomini, a Swiss officer and celebrated writer of the period.

What the Jomini layer adds, Wordsworth explains, is first and foremost a set of tools – something the Clausewitz engine never had. Up until now, modders had to dig into text files and edit actual code, and with Jomini, coding will no longer be a barrier to creating Paradox mods.

“Let’s imagine Stephen King or the world’s best 3D artist came to our door, looking for a job on a new game,” Wordsworth tells Fraser. “We’d have to ask them: ‘Can you script? Can you edit text files with curly brackets? Now we don’t need to.”

Jomini is also bringing additional functions to the creaky Clausewitz engine like DirectX 11 features, dynamic audio, and better performance options for games that can wind up running thousands of distinct AI characters simultaneously.

Wordsworth says that it won’t be possible to update Paradox’s old games with the new Jomini functionality, because it would fundamentally change how they work and their system requirements. It’ll make its debut with Imperator: Rome, which comes out next year.