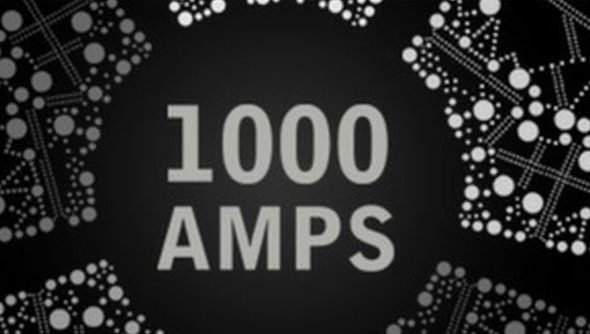 1000 Amps was a largely great little platform/puzzler but because it was running in flash it suffered some really strange bugs when left running for a long time. Well, developer Brandon Brizzi has recoded the entire game from Adobe Flash into C++ meaning it should now run a lot smoother. On top of that the game now features proper Steamworks integration, meaning achievements for all.

In an update posted to Steam, Brizzi says “Version 2.0 of 1000 Amps is a very large update that involved the re-coding of the entire game in C++. The immediate advantages of that was to allow fullscreen that didn’t run in auto-max resolution, have saves that weren’t left to the whims of a web browser, and allow for standard Steam features like the overlay and achievements.”

The full list of additions is here:
-Auto-saving (was in v1.3, but I think it’s worth mentioning) -Teleport now saps ‘flow’ tiles -Minor room corrections -Each room has a name, displayed on the bottom left of the screen -In-Game Mini-Map (can be enabled from pause menu) -Full pause map, shows you what rooms you’ve completed at a glance -Battery now shows how many tiles remain to be lit -Completely new look for text elements in the HUD
-4:3 Aspect Ratio
-Steam Overlay
-Steam Achievements (10 of them)

Your saves from the original install won’t carry over. Through Brizzi has left the original flash version of the game in the install folder should that be your fancy.

The update is free and ready to be installed by all and sundry.