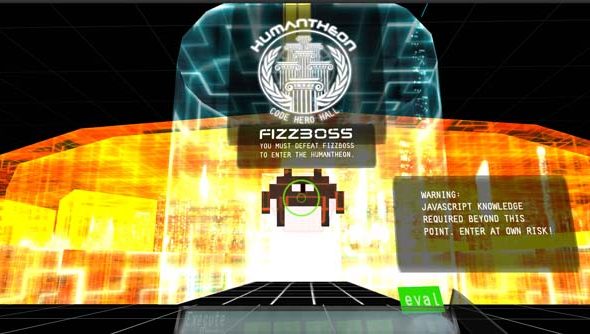 Update: Since this story was originally posted, Code Hero lead designer Alex Peake has posted an apology on Primer Labs’ site, in which he reassures backers that development is ongoing. See below for details.

Backers of the Code Hero Kickstarter are organising a class action lawsuit against the developer, Primer Labs, because they “[seem] to have run out of money after spending it recklessly, and [don’t] plan on continuing with this project”.

They’ve not heard a word from them in weeks since the developers appeared the change the terms of the Kickstarter: from developing a game, to funding an alpha, to creating a prototype in ensure further investment from other sources.

Update:Peake writes on his site:“I know the level of frustration some people have is high right now and that it is my fault for not communicating about our ongoing progress, but I want to reassure everyone who has backed us not to panic: Code Hero is not dead and we will not let our supporters and Kickstarter backers down.

“All our backer rewards will be delivered along with the game. It is taking longer than we hoped, but the game is becoming awesomer than we planned too. I’ll post a more detailed update soon with the new alpha build and answer any questions and concerns people may have.”

What’s more, backer Deckard says he had no intention of suing Primer Labs and has been misrepresented – he simply wanted answers.

If you’re after answers too you’ll want to read the whole explanationhere, where Primer Labs will continue posting responses to questions from journalists and backers.

Code Hero was a first-person shooter that had you enter lines of code that you could fire into the environment to have it change its properties. It was meant to teach players the basics of the programming languageJava. A number of the higherpledge tiers were focused on getting the game into schools.

Since the funding closed in February, there’s been little word from the development team.

The last update was at the beginning of September and it claimed “Full PAX report and announcement coming […]this week! Here is the trailer of the new Code Hero for you to enjoy till more updates and the Alpha release this Friday.” No other updates were posted.

One of the game’s backers, Zunaid Mayet, points out that neither the Code Hero twitter account, nor the Primer Labs feed have been updated since September. Alex Peake, is a little more up to date with his tweets pointing to an alpha 2releasein October. that doesn’t see, to have materialised.

Mayet also tracked down an interview with Peake in which he says “The beta will launch… when it’s ready! [Laughs] What will determine how quickly it gets ready is how quickly we can get the necessary funding and programmers to do it. We can deliver a bunch of levels that deliver on what we promised originally, but what we have in mind is ten times more ambitious. We’ve been talking to quite a few interested investors, philanthropists and foundations, and it looks like they’re going to be willing to help us finish the job.”

The Kickstarter doesn’t talk of the project being to fund an alpha that needs further investment but, simply, the game.

Peake does give a new date for the beta’s launch, though “I don’t think it will be longer than a year away. The next PAX is certainly a goal.”

One of the backers, Dustin Deckard, is preparing toseek legal action against Primer Labs.

We’ve reached out to Deckard and Primer Labs to see if we can find out quite what’s been going on.