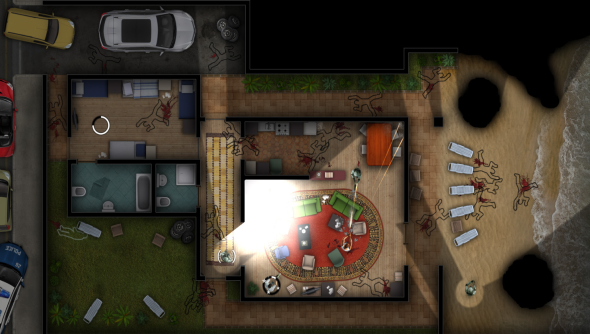 Door Kickers scratches a tactical itch that’s been left unsatisfied since Swat 4 and the early Rainbow Six games. It doesn’t matter that it’s a top down shooter instead of first-person, you should definitely all go and buy it after reading my Door Kickers review. Better still, seeing as it’s still in alpha it’s receiving updates left, right, and centre.

The latest release lets you record and share your replays. they should all be getting a darn sight more impressive, too, considering how much tougher the enemies have become with their new AI.

Replays are pretty straightforward. Your mission attempts can now be saved and exported into a video file which you can share with your friends. These will be used to show everything from the fastest way to tackle certain levels to how to lose your entire squad in less than four seconds.

With the new and improved enemy AI you won’t simply be facing stationary targets anymore. Before, completing levels would be a matter of making some noise and waiting for the enemy to come to you or searching every room to see who was waiting around to jump you. The new AI seeks cover and tries to flank you. They also move about the level to investigate suspicious activity.

The game’s looking better, too. Killhouse have added new animations and trooper models. They’re not done with the overhaul just yet, there are more movement animations in pipeline but they’re going to be released in stages.

– Major improvement to enemy AI. They will seek cover. They will move around. Even we can’t predict what their doing.

– New models and animations for troopers/enemies (replaced old ones entirely)

– Added “Delete” option to final waypoint: deletes path up to the previous waypoint or the entire path otherwise

– Improvements to the random mission generator

– Fixed a bug where troopers’ names were not visible