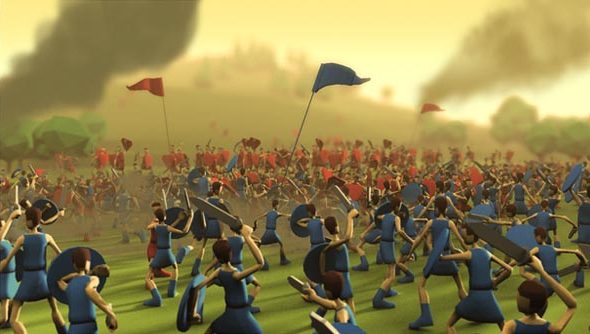 Time’s ticking down on the Godus Kickstarter leading 22 Cans to scramble to get their prototype up and running. The latest video of the test game in action shows off how a basic multiplayer mode is already playable.

Frankly, it’s difficult to know what exactly is going on in respect tomultiplayer, both Molyneux and his minion are altering the landscape, and at times altering each other’s landscape, but we don’t get to see a great deal of what’s happening within the game. This is because the game is still, clearly, at a very early stage but as far as I could make out the winner wasn’t being determined by a battle, rather who could populate their town the most in a given time. And if we can’t get behind competitive breeding then what sort of a society are we?

The Godus Kickstarter is in its last hours, but it’s gone form being less than halfway funded for a worrying amount of time to currently being just below the £450,000 target. It’s currently sitting a nudge off£445,000.