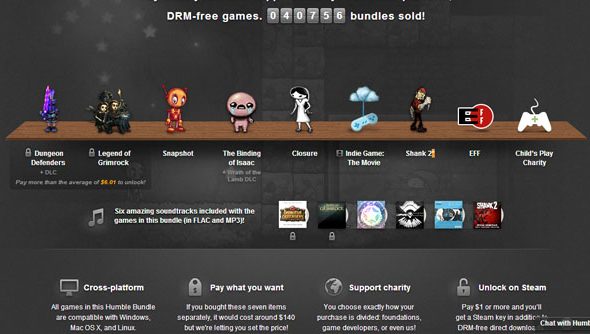 If you were one of those types who got up in arms about the last Humble Bundle being full of DRM and Windows-only games that you’ll likely be pleased to hear that the Humble Indie Bundle 7 is choc full of Linux and Mac games.

Also, there is a movie. Huzzah.

Dungeon Defenders and Legend of Grimrock both require you to pay over the average donation amount (that currently sits at $6.01) to get them in the bundle.

Head over here to drop your coin.