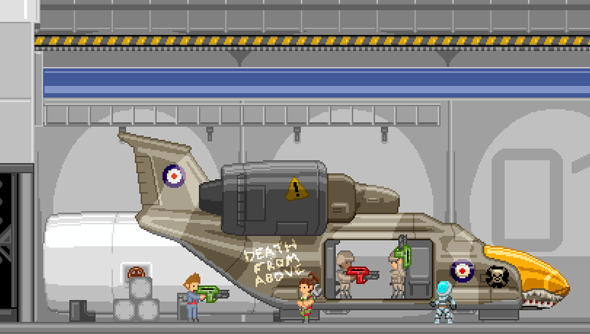 Meteor showers, space combat and NPCs who get wealthier as their surroundings become more opulent – just three of the ump-hundred intended updates for Starbound, the already bewilderingly intricate survival game from indie outfit Chucklefish. The developers have laid out their plans for all to see and decide: are they best laid, or could they be unfolded still further?

The list is, by Chucklefish’s admission, “non-exhaustive” – a collection of all the future features discussed on forums, in interviews and elsewhere, but not a comprehensive map of Things to Come.

“As always,” notes developer Tiy, “things are not set in stone.”

The highlights include, oh, everything. But try, for starters, the ability to rewire a planet’s weather systems on a macro level. Then salivate to the idea of randomly rolled monster abilities that correspond with their appearance, toxic planets, and (“way in the future”) the chance to board other ships.

The difficulty curve is already being chiselled away at, if the last, mod support-headlined Starbound patch was anything to go by. Have you encountered any particularly notable cliffs, beyond the tangible kind that inhibit planetary traversal?