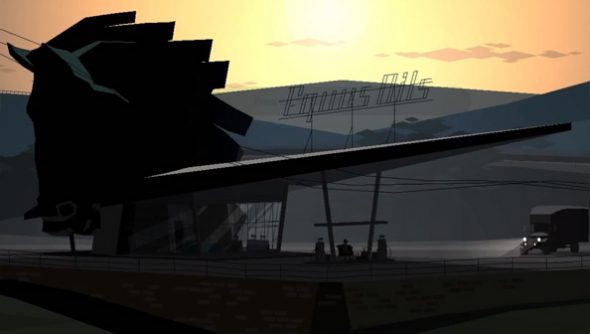 When was the last time you played a game its creators described as ‘magical realist’?

I suppose there are plenty of real world-set shooters with protagonists who display impossible traits – near-immunity to bullets, for instance, or an inhuman capacity for swears. But when a developer explicitly rattles off a literary concept like that, like so much normal mapping – now that merits investigation.

Kentucky Route Zero is an investigation in itself – an adventure game that takes players to a Civil War era battleship, run aground in an underground river hundreds of years ago and now “populated entirely by cats”.

The development team reference Monkey Island, King’s Quest and The Walking Dead, so they can’t be all bad. Act I costs $7, and the whole five acts due to be released this year can be bought in advance for $25.

I’m sold on the cats bit. Reminds me of the best of Dungeon Siege 3.