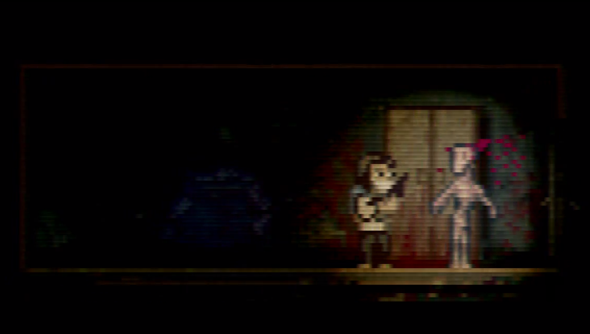 “Lone Survivor has been lucky enough to have found a following, all of whom have their own interpretation of the game,” writes Lone Survivor’s creator, Jasper Byrne. “And for those fans especially, i have made The Director’s Cut. it contains some elements which didn’t quite make it to the original game because they seemed too elaborate and i needed to get the game out, it contains a lot of new ideas which i’ve had since releasing the last update a year and a half ago (and having since had time to think more about my own interpretation), and it has a sort of meta-narrative which ties it all together which emerged as i began to work on it.”

That doesn’t convey the eeriness found in the new trailer.

Lone Survivor was always an unsettling game. Now it’s been expanded to really get under your skin.

It’s not all about new content. “The game has been polished, fixed, tweaked and honed in hundreds of different ways. i spent weeks improving the look of the lighting, and even found and fixed bugs that the 800,000+ people who own the game had hadn’t yet reported!”

Lone Survivor: The Director’s Cut will be headed to Playstation first but will be out on PC “as soon as i can physically do it,” says Byrne.

Here’s a changelog of new features: