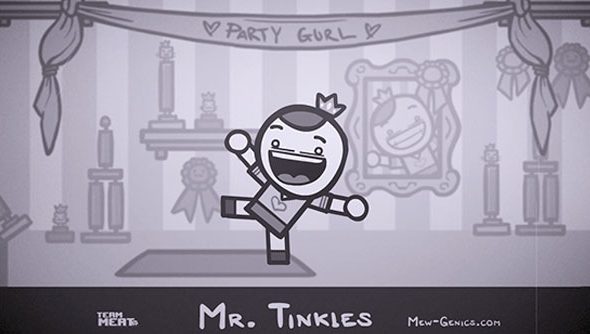 Team Meat are set to release a new obscure image of one of the game’s characters each Saturday until they spill the beans on the details. Now normally I’d turn my nose up and such blatant marketing tease but they’re just so darn cute. Also, I like my evening shifts to have a through thread tonight, that’s weird cats. Now, according to Ed Mcmillen these are”2 of the 5 silhouettes in our 1st teaser image“, it would be a fair speculation then to suggest the detail explosion we’re in for is going to be after the last of these silhouettes is revealed in three weeks time. That would be speculation though, so you didn’t hear it here first.