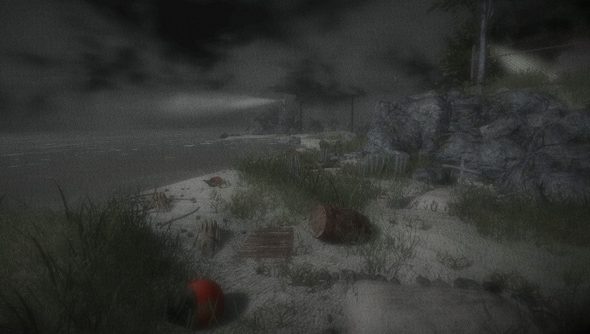 Ireland doesn’t appear in many games. Broken Sword’s George Stobbart was menaced by a goat in Ireland, arguably a low point for the genre and one that possibly tainted the industry’s attitude towards the country. In Euro Truck Simulator 2, Ireland was visible on the road map merely as a ghostly silhouette, as if it was a secret character in a fighting game, waiting in the wings yet cruelly inaccessible to truck and man alike.

As an Irishman, I find this lack of representation personally galling, especially as my country’s many floating platforms and lava lakes that spit small, damaging globs of magma upwards precisely every three seconds lend themselves so well to videogame worlds.

Enter Montague’s Mount, a puzzle solving first person horror adventure game in which you find yourself (an Irish man, bonus!) washed up on an island off the coast of Ireland. It’s Dear Esther, but wester.

In Montague’s Mount, you spring from the title screen suffering from a chronic case of gamenesia. Not knowing who you are, but deducing from your attire that you are a seafaring man, and from your damp and salty shins that you have fallen off your boat, you set off on a mission to both discover your identity and escape the island. You do this by unearthing clues, following instructions, collecting items and using them on other items, much like any real detective might.

Montague’s Mount is not challenging in a traditional sense, but it is exhausting to play. The protagonist suffers from cataracts (maybe? I think), so that the screen is permanently dulled, a haze of desolate greyness, a cloying gauze representing the utter bleakness of an Atlantic-battered rock. Ireland is not this depressing in reality, but Montague’s Mount, perhaps in clutching at so many cues from Dear Esther’s sack of cues, forgoes the postcard prettiness of the west coast in favour of the sort of overcast drab that suggests the world is ending. 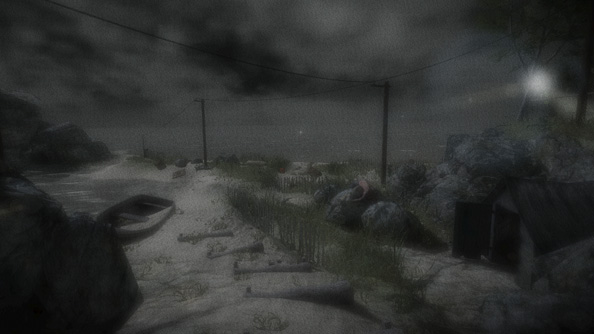 There are more locations, and things do warm up a little before the beta version ends, but the colour palette of this game will make the Oculus Rift version experientially identical to placing your head in a bucket while sad music plays on the radio.

Another way in which Montague’s Mount is dissimilar to Sonic the Hedgehog is in the main character’s walking speed, which is a hobbled, shuffling pace that renders puzzles that involve moving more than a few metres in any direction an excruciating battle of patience. Your own shadow reveals that you strut about the island using a walking stick, something that at first makes you feel like a classy Joycean poet, a scholar encumbered in body but not in soul, a floating duck who above the surface appears sedate, yet beneath the water is frantically unravelling the mystery of why there are so many piles of dead bodies on this island.

Twenty seconds after that you feel like a duck who’d forgotten to pick up a crucial item on the opposite side of the pond, and must paddle ever so slowly back to retrieve it, having run out of clever thoughts to have on the way. Aesthetic be damned, Montague’s Mount really needs a sprint button. 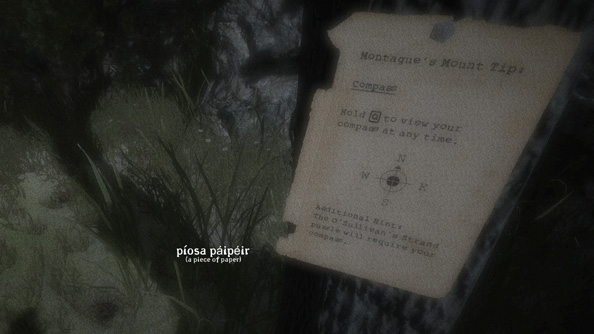 My favourite thing about Montague’s Mount, however, is that all object names appear in the Irish language (Gaeilge)with little translations underneath. Despite being absolutely Irish and having studied Gaeilge for 15 years, I’m perhaps the least literate Irish person there is. Montague’s Mount offers something of a vocabulary refresh for lapsed speakers and a tiny insight into how silly some of our words are for the uninitiated. For example, did you know that “a piece of paper” in Irish is simply “píosa páipéir”, which looks difficult to say but is basically the words “piece o’ pauper” with a funny accent? Irish is easy. You’ll be fluent in twenty minutes.

It’s worth persevering with the game’s foibles: the arduous walking speed dissuades a try-anything-on-everything approach to puzzle solving, forcing you to stop and consider the clues in front of you for fear of having to backtrack after a failed attempt at a solution. The overbearing grimness of the island allows for some environmental contrasts too, and the overarching mystery, while based in a tired amnesia trope, is compelling enough to keep you slowly shuffling through the strands and caves that house it. The voice acting is surprisingly good too. There’s a real Irish man talking with a real Irish accent. It’s lovely.

Montague’s Mount is on Steam Greenlight right now, with a release date on PC and Mac on October 9th. It will have the aforementioned head-in-bucket Oculus Rift support, and will teach you how to say “a stack of corpses” in the most beautiful tongue on the planet.