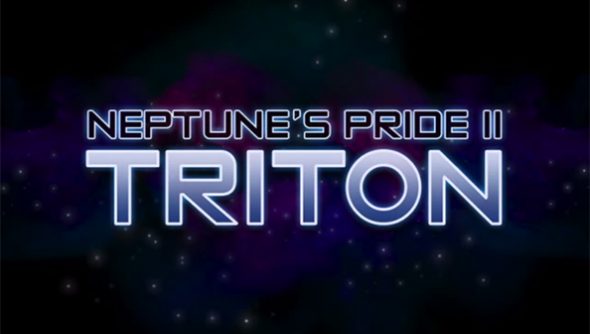 Like the fleet of alien spacecraft that parks itself in your back garden and declares your planet collateral damage in the building of an interstellar bypass, Neptune’s Pride 2 has turned up unannounced, having presumably filed the proper paperwork months before while we were getting breakfast or something.

Neptune’s Pride 2 is nominally a strategy game about spacey expansion, in which you send ships at snails’ pace from star to star, claiming them as you go. But like its predecessor, it’s really a game about diplomacy – or lies, as the craft is better known.

Games play out in real time over a matter of weeks – plenty of time for their players to commune in secret, to forge and burn alliances. Emotional investment tends to grow exponentially.

It “has simple rules like a boardgame,” say developers Iron Helmet, “but it’s online so it’s easy to play against your friends and family.”

While this last point is technically true, it’s worth bearing in mind that the series has a reputation for pouring bubbling baths of rage capable of dissolving any and all social ties, blood or otherwise.

Iron Helmet appear to have adopted a limited free-to-play model for the sequel. A premium account is available for three months at $12, twelve months at $24, or for life at $48. It comes with unlimited, ad-less play, and the ability to play change aliases and create private games.

Or you can hop in for free, this morning. Do you dare?