Just over a year ago, Valve set out to solve a problem. Deluged with new game submissions from a growing independent game development community, with lots of games that were impossible to pigeonhole, Valve’s traditional Steam approvals process wasn’t meeting the challenge.

Valve’s solution was innovative and community-oriented. They’d let Steam users decide what to publish on the Steam platform, making the selection process more democratic for an increasingly democratic development scene.

Greenlight has been trouble ever since, perhaps the most notably mixed result in Valve’s history. During its first year, Greenlight’s harshest critics were many of the same people it was meant to help. Its own creators seemed, at times, to be on the verge of renouncing it altogether.

To celebrate Greenlight’s first year, and perhaps to wipe its slate clean, Valve recently approved one hundred Greenlight games. It was a goodwill gesture that ameliorated Greenlight’s sluggish, at times grudging rate of approvals.

But is it enough? The mass-approval of Greenlight candidates may have solved problems for some of Greenlight’s most vocal critics, including some of the people who had suffered the most from Valve’s caprices. But it did not come attached to any clear reforms, and for indies who are still looking to bring their games to PC gaming’s biggest marketing platform, Greenlight may still be a crippling roadblock.

With Valve poised to vastly expand their role in gaming via SteamOS, it’s worth looking at how Valve have administered Greenlight throughout its young life. What did Greenlight do right and wrong in its first year, and what does it need to do to improve its standing in the future? This week, we’re examining Greenlight’s record, and examining whether it deserves another year’s worth of “Yes” votes.

Greenlight awkwardly straddles a line between idealism and self-serving pragmatism. Its best and worth qualities are tied to these two contrary impulses. It was right there in Valve’s initial announcement of the service.

“Making the call to publish or not publish a title isn’t fun,” said Anna Sweet, at Valve. “Many times opinions vary and our internal jury is hung on a decision. But with the introduction of the Steam Workshop we realized an opportunity to enlist the community’s help as we review certain titles and, hopefully, increase the volume and quality of creative submissions.”

On the one hand, opening the Steam approvals process to more input and more creators exposed a lot of indie games to a wider audience. But on the other hand, creating a pipeline to deal with a thriving and diverse PC gaming scene comes with the territory of owning and operating a distribution platform that has become almost synonymous with PC gaming.

Valve, however, tend to seek optimal solutions, not the simplest ones. We asked why Valve did not simply increase the number of staff assigned to evaluating and approving games for Steam, and Valve developer Alden Kroll explained, “Collecting input from the community is a valuable addition to the other data points considered when reviewing a submission. That is a separate issue from throughput, but unfortunately related to the selection process until our throughput is increased. Ultimately, as we introduce better tools for developers and our backend, we increase our throughput and make the selection process less relevant. So, that’s a long way of saying ‘building better tools’ is our approach rather than ‘throwing more bodies at the problem.’”

Exact figures for Steam performance are notoriously hard to come by, but developers and publishers both offer general statements on how much Steam means to their bottom line. It’s a huge, and hugely lucrative marketplace, and being “featured” on Steam generates a massive amount of exposure. For small developers, that can be the difference between a full-time development career and another few years at a day job. You need look no farther than FlippFly’s painful struggles with their well-received game, Race the Sun. It’s an endless runner that’s been getting strong reviews… and yet its sales have been abysmal. That there were so many reviews at all indicates that it got the press coverage it needed, and the scores it accrued show it’s a pretty good game. But since Race the Sun is not on Steam, none of that really matters. People aren’t buying. The fact of the matter is that Steam is often a make-or-break proposition for game creators, and a flawed approvals process translates to real pain for real people.

Greenlight’s ambivalent reception is all the more striking because Valve have traditionally been such a strong ally to smaller games and game makers. This year, all the Independent Games Festival finalists received offers for Steam distribution, for instance. But IGF finalists are just a small sampling of indie development as a whole, and it’s a process with its own set of issues stemming from a lot of the same pressures that produced Greenlight. Indeed, one of the best things about Greenlight is that it puts more eyes on projects, supplies developers with more feedback, and gives more people the chance to help a game find an audience, not just people with the largest megaphones.

It also has a functional role to play. Last year, RPS (whose Nathan Grayson has done fantastic work following the Greenlight saga) reported on comments made at a Valve panel at Fantastic Arcade. Alden Kroll explained that Greenlight is “for games we don’t really know how to evaluate – from developers we don’t know or haven’t heard of necessarily. They can even be from other publishers whose games haven’t done well in the past, so we don’t know how to prioritize those. So it’s to answer those questions about what the community wants to see.” 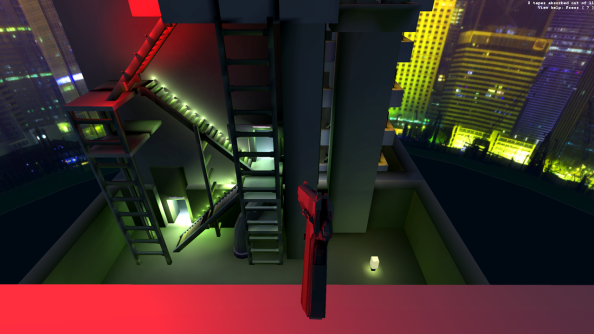 Here’s where Greenlight’s contradictions started coming into sharper focus. The question of whether a developer should go to Greenlight or attempt the normal Steam submissions process is not an obvious one. Some indies had a preexisting relationship with Valve that allowed them to bypass Greenlight, while other proven names still had to go through the process. It smacks a bit of clubbishness, that rigorous evaluation is important for some developers that Valve don’t know (but who may still be proven to the world at large) but it’s optional for others.

Vlambeer’s Rami Ismail told RPS that Greenlight was “the worst thing that’s ever happened to Steam… It’s completely arbitrary. If somebody else had made a really successful iPad game and they wanted to bring that game to PC, and it’s a game that’s perfectly fitting for the context of PC, they’re like, ‘Nope, go to Greenlight.’”

It’s also debatable whether Greenlight’s “beauty pageant” model of evaluation really serves games or gamers well. It’s a series of pitch-meeting flashcards, where users look at a game at random and, based on a couple brief videos and screenshots, give it a “yea” or “nay.” Does a strategy game lend itself to that kind of short-attention span theater? How does a puzzle platformer distinguish itself in that context? Are likely customers even the ones voting?

But perhaps the most important measure of Greenlight’s virtues and failings is in how it has performed for the people who have worked with the system to market and distribute their games. Over the course of this week, we’re going to be looking at the questions raised here through the eyes of developers for whom Greenlight has opened the road to success, and for whom it has been a frustrating stumbling block. We’re going to look at what Greenlight has actually done, and what kind of games have been approved. Finally, we’re going to talk about what Greenlight needs to change for the future, and what developers need to do to succeed within its limitations.