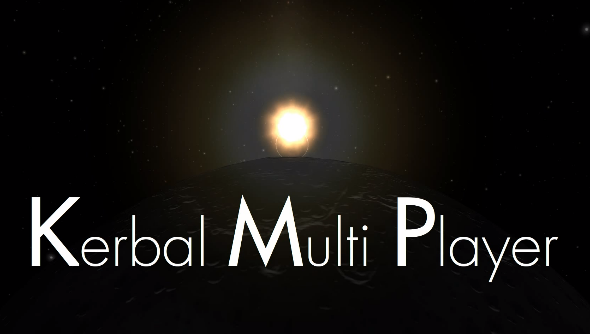 Space is a lonely place. But as critically acclaimed film Gravity tells us, space isn’t too bad if you have a friend with you. Especially if that friend is George Clooney. If you know George Clooney and fancy exploring space with him, why not ask him to join you in a game of Kerbal Space Program? It’s got multiplayer these days, so you could pretend to be Sandra Bullock.

Even if you don’t know George Clooney, your life is still exciting. There’s a mod that makes Kerbal a multiplayer game. How much further from mundane could you possibly get?

The game has come leaps and bounds from when we gave our Kerbal Space Program review.

Courtesy of modder Shaun Esau, who you may know from that incredible Build Fly Dream video, Kerbal Multi Player mods KSP to allow a small amount of players into a server universe and help each other out in building and operating space missions. From moon bases to space stations to drag races across the surface of a far-flung planet, Kerbal is the ultimate sandbox. We always knew it would be better with a friend/co-pilot, and now we can test that theory.

Kerbal Multi Player operates in an interesting way, in that not everyone on the server exists in the same time-frame. Depending on when you join a server, you may see players from the past or future, designated by translucent avatars and equipment. But why exist in several time-frames? Keeping people on separate time-frames allows anyone on the server to warp whenever they need to and not mess up other peoples plans (causing an orbit change could severely mess up other players missions). You can ‘sync’ your time frame with other players though to allow easy co-op, so dont worry.

Do worry about bugs, though. Kerbal Multi Player is in an exceptionally early and temperamental state right now. If you’re easily annoyed by crashes and other things going horribly wrong, then hold off for now. Esau is very forthcoming about the current progress of the mod, and you can see what to expect in his notes. But for all that’s going wrong with it at current, it’s your chance to explore a new frontier. Isn’t that worth risking a monumental system crash and losing all your progress for? If it is, then you can download the mod right here.