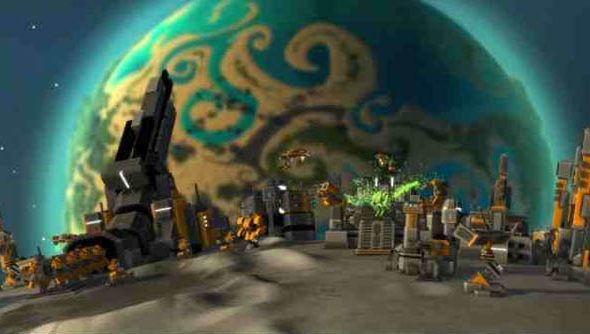 With all the rough pre-alpha footage of Planetary Annihilation we’ve been seeing of late you may have thought we wouldn’t see the planet-cracking strategy game grace our machines this side of 2014. How wrong you are, say developer Uber Entertainment.

Writing in a Kickstarter update, Uber reveal plans to have the game shipped by December, with alpha and beta testing periods happening over the intervening months.

We knew that the game’s alpha was on the horizon, but now we have firm dates. Uber are shipping codes and clients to Kickstarter backers who pledged enough to join in with the in-development game fun. The aim is to then have the alpha period begin on the 7 June and run throughout the summer till the end of August.

Following the alpha Uber will be taking a short reprieve, taking into account the bugs and balancing data received from the summer tests, before launching Planetary Annihilation’s beta in September. That’ll run till November.

Finally, the developer plans to have the game in our (Steam) hands this December