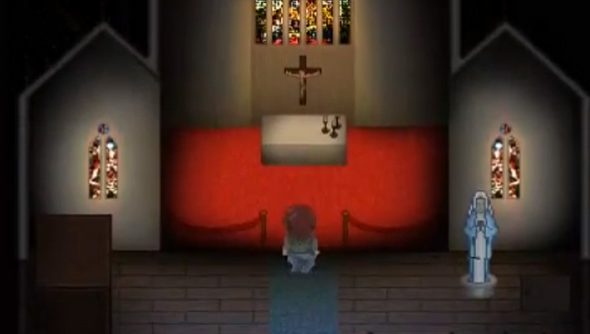 Richard & Alice’s latest trailer sets the scene, the world is undergoing some form of cataclysmic event involving snow, solitude, and polar bears. It’s certainly intriguing but I can’t say anymore till you’ve clicked below the break because of reasons.

Before we get into the trailer viewing,I used to work with one of the Richard & Alice’s designers, Lewis Denby, a full disclaimer is below.

I’m conflicted about this.

On the one hand,those who have had their hands on the gamehave been extremely impressed by it and details released earlier this year suggested a well written and subtle relationship developing between two characters thrown together by circumstance; on the other, I’m getting a real Lost vibe, and Lost was rubbish.There’s thefaux science initiative movie styleand thethe polar bears(though at least Richard & Alice is somewhat more aptly set, what with the snow and all).

Future trailers may dispel that connection or they may wholly embrace it and have thecharactersrecite a litany of numbers. Oh, wait.

It’s just too soon to say and we need to get our hands on a copy to know more.

Disclaimer: Richard & Alice is the brainchild ofLewis Denby andAshton Raze. Denby’s the editor of BeefJack, the site I worked for before PCGamesN. You may take that to mean that I’m writing about this game because I’m hopelessly corrupt. That may be the case but if you feel that way I’d suggest reading the above post and redacting any emotive adjective and sieve out just the facts. Or, you could ignoreall the words and just watch the video. You are your own master, well, except Keith. I still own you Keith, don’t forget that.