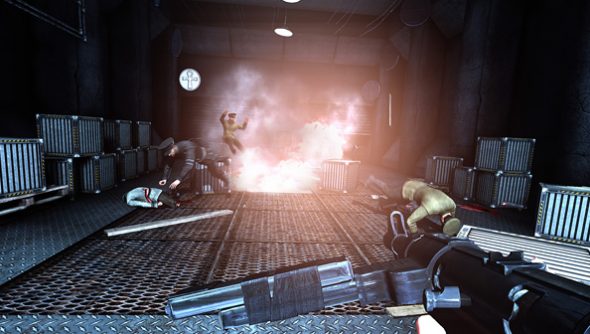 Gibs are back! Rise of the Triad, the ‘90s FPS from 3D Realms that predates the Duke, has been remade in Unreal Engine 3 and is coming to Steam later this year.

The remake has been in development at Inceptor Entertainment, the studio responsible for Duke Nukem 3D: Reloaded. It’ll come with the original’s multiplayer maps, as well as the full single player campaign with its choice of five characters, each with their own skillset.

While we won’t have the option to switch back and forth between the ‘95 engine and the new’un a la the Monkey Island remakes, the Steam version will include the option to play with the original soundtrack and effects, or hear them “completely reforged in the fires of heavy metal”.

In keeping with the spirit of ‘90s id, the new Rise of the Triad will be fully moddable, with new creations shareable via Steamworks.

Every Doom fan has a favourite level designer, and mine was Tom Hall. After leaving id, he brought his ingenious monster-closeting and fondness for wide-open spaces to Rise of the Triad as lead designer. Its collectable coins, breakneck movement speed and gibbery are the very antithesis of event-driven modern FPS design, and I for onecan’t wait to go back.

What do you remember about the nigh-on forgotten 3D Realms classic? Share your memories in the comments below.