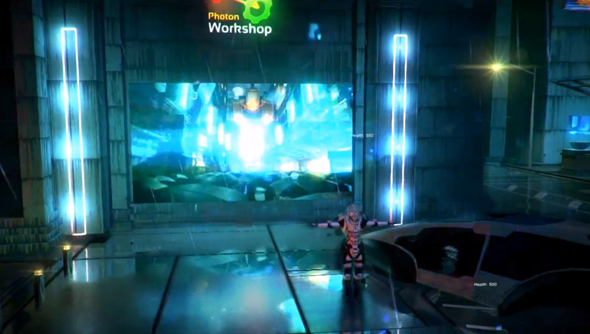 Having passed their funding goal, 5 Live Studios are able to go full steam ahead on production of their spiritual successor to Syndicate, Satellite Reign. This includes patching into the Unity engine an experimental lighting simulator called SSRR. The team have put together a short video demonstrating the effect the tech has on Satellite Reign’s world.

In short: it makes it go all Blade Runner.

I’m loving the wetness of the world and the effect that has on all the cold neon-lighting. It means every surface glows with pervasive blues and reds. Really looking forward to seeing what else the team can pull off with Unity.

Writing on Kickstarter, the team said how they’d been approached by Bruno Rime, “an old colleague of ours from Krome Studios”. He’s been working on a lighting system to be integrated into the Unity engine, called the screen space raytraced reflections system for Unity. “By modifying Unity’s lighting algorithm to approximate physically based models, the SSRR system is able to better reproduce complex light environments and detailed surfaces.” So, that’s very nifty.

The feature rundown for those who know their specular reflections from their fresnel reflections is here:

There’s only a couple of days left to pledge to support the development of Satellite Reign so, if you’re interested in backing, head on over here.