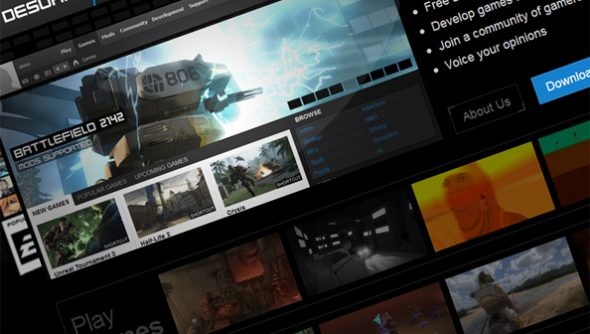 Watching large companies shuffle about is a bit like playing Neptune’s Pride. We know Linden Lab are enacting a slow and steady change in direction under former Sims Studio steersman Rod Humble, for instance, but won’t know exactly why until it’s too late. This week they’ve acquired indie-friendly distributor Desura – but rather than make it their own glorified gift shop a la Origin, they’ve committed themselves to opening up the store even further to make it “the most open and developer-friendly platform in the world”.

“Desura’s talented team, thriving business, and impressive technology are a great fit for Linden Lab,” said Humble in a statement. “This acquisition gives us a global platform for serving creative developers of all kinds, and we’re looking forward to growing both Desura’s global community of gamers and its fantastic portfolio of thousands of games, mods, and other content. Our aim is to invest and support the Desura team in making it the most open and developer-friendly platform in the world.”

Have you seen Desura’s mod section? It’s pretty unique among game stores, so it’s no small mercy that it’s made the transition.

We last noticed Linden Lab announcing Patterns, their Minecraft-but-with-triangles. Developed in collaboration with Free Range Games and an early alpha community, it’s possessed of a kind of abstract openness that would look pretty good on Desura, come to think of it.

Post-Humble, the company has made two other acquisitions: first physics-enabled iPad 3D modelling tool Blocksworld, and then indie interactive fiction specialists LittleTextPeople. Whatever they’re doing, I think Linden Lab have gone and made themselves interesting again, haven’t they?