Gamers of a certain age will recognise Hammerwatch’s influence, that being the four-player, top down arcade adventure that was Gauntlet and, sure, Hammerwatch is inspired by that to some degree, in as much as a Ferrari is inspired by a donkey cart. That’s not to slight Gauntlet, a game that I once adored, but Hammerwatch offers so much more that I’d feel disingenuous to make such a simple comparison.

Just to get them out of the way, let’s start with the similarities: Hammerwatch is a game of dungeon exploration where you can play one of four characters, either a Paladin, a Wizard, a Ranger or a Warlock. Unless you pick the sword-swinging Paladin, who tends to spend most of his time striking what’s next to him, this is really an arcade shooter with a fantasy theme as you’re constantly loosing off fireballs, arrows or lightning bolts at the ever-growing hordes of enemies that inevitably lie in wait around the next corner. Some are bugs, some are bats and some are much, much worse. Between the slaughter, there’s always a few moments to scoop up treasure or gulp down a potion, though you’re rarely resting for long.

There’s also the multiplayer. Hammerwatch allows you to connect with three other players who might be sat around the same PC or who could be half a world away. Each of you will pull on the leathery boots of one of the characters and together you will fight back the forces of evil like ren faire reinterpretation of the A-Team.

I should add that as well as whatever your standard attack might be, you also have special powers at your disposal (the Paladin can charge, the Ranger drops bombs) and while Hammerwatch isn’t big on the RPG side of things, it does have limited options for character advancement. Every now and then you’ll bump into a vendor who, for a few coins, will upgrade things like your hit points or your mana reserves. Still, most of the time the game is about hitting things, and lots of things. 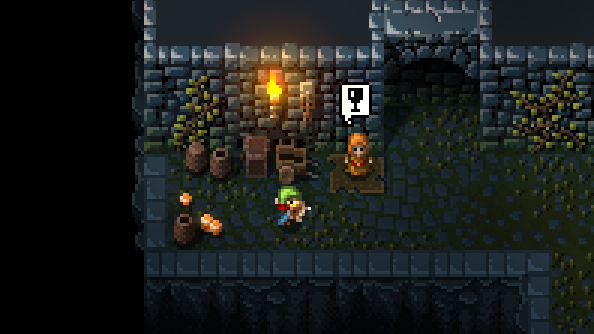 Sometimes the bad things come at you in crowds, clouds of bats that fill the passages or carpets of beetles that squelch towards you and, if they surround you, prevent you from ever escaping. Hammerwatch is a game that’s about lots of stuff and when you aren’t killing hundreds of monsters, you’re smashing open scores of crates or sweeping the floor for every last coin.

Things start off a little slow and you may well find the first areas much too easy. While the game looks great, being beautifully pixellated, your interest quickly wanes when you discover that nothing that charges at you offers any sort of challenge. You’ll be playing for at least half an hour before the fights get exciting. That said, Hammerwatch is in beta, as so many indie offerings are, and I’m sure the developers are still trying to get the balance right. 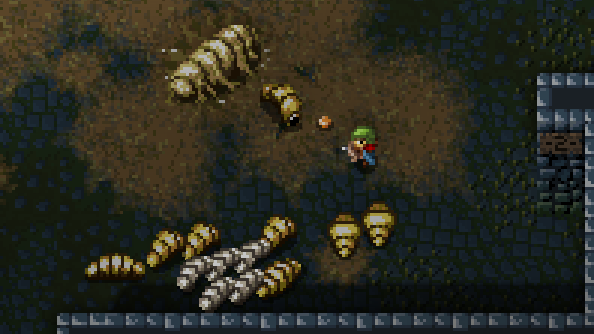 There’s quite a bit more to do beyond killing stuff, too. There are switches to be pressed, secrets to be found and traps to be avoided, disarmed or outsmarted. Then, when you start to face your first bosses, you begin to realise how much teamwork can make a difference.

You can download the Hammerwatch beta here and, should you need that Steam Greenlight link again, let me help. Once again, I’m featuring this game on our Spotlight because I think it’s something a bit special. I hope you agree with me and I’d urge you to go and vote for it.

Just before I go, we had something of a challenge last weekfrom our regular poster Vinsanity. The challenge was to find a first-person fantasy game and, while I know of one, I didn’t want to cover it in depth because I’m not sure if the project is still going. Nightrealm Taleslooks very interesting, but since an unsuccessful Kickstarter campaign, it’s gone rather quiet and there’s little mention of it on the developer’s site. Still, I guess I technically found what I was challenged to seek, right? If any other visitors have a game, or type of game, that they’d like to see covered, let me know in the comments below.