I don’t usually get the chance to feature something that’s technically remarkable in these Spotlights. Sure, there are games with great design, with a real sense of style or with some clever new concepts, but Greenlight doesn’t tend to support very much in the way of sexy technology. I’m very pleased to report that The Gallery: Six Elements does because, as well as being an adventure game that you can play on your PC, it will also support the Oculus Rift. The Gallery’s developers want to build a world for you to get lost in. Really lost.

In fact, the Oculus Rift was the inspiration for The Gallery and the game, like the hardware, has been carefully developed to consider the needs of the modern virtual reality player. And I’m entirely serious when I say that, tacky as it may sound, because the Oculus Rift and the ideas behind it are far beyond the primitive VR failures of times past (just check out creator Palmer Luckey’s explanation of how far it’s come). As soon as you start watching The Gallery’s developers talking about how they’re considering such factors as even the height of the player, as well as the pace at which they explore when playing a VR game and how it takes them time to look around the environment they’re in, you realise that a lot of thought has gone into this.

That’s the technology, mind, not the game, and I’m getting ahead of myself. You’ll want to know what The Gallery is all about.

The game puts you in the role of an urban explorer, one of those curious folk who tends to go wandering in places where it’s not strictly legal to go. Going for a jaunt down the sewers one day (as one does), you come across a far older and much more mysterious underground network. With the aid of little more than your torch, your rope, a spray can and a notebook, you set about exploring. 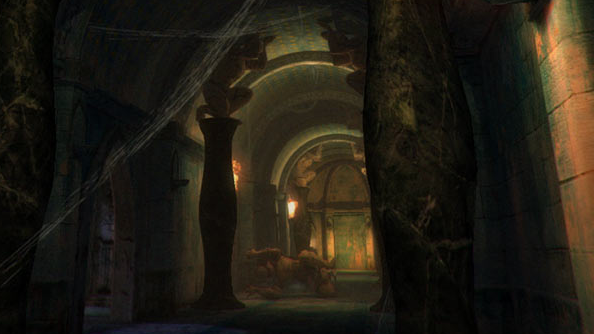 It’s a very different world that you find yourself walking through and somewhere down there you’ll stumble across the eponymous gallery. Here, your journey becomes even more mysterious, as the gallery’s paintings themselves serve as portals to other worlds, ever stranger. Within these are the keys that will help you escape and it would seem that escape is going to be rather important. Something is following you. Something unpleasant.

As well as exploration and what sounds a lot like the experience of being hunted, there are problems and puzzles to be solved, all through a minimal user-interface that’s designed not to break the sense of immersion or environment. Developer CloudHead Games say that some of the environments will be randomly generated; your routes will be your own to map out and other players won’t be able to help. 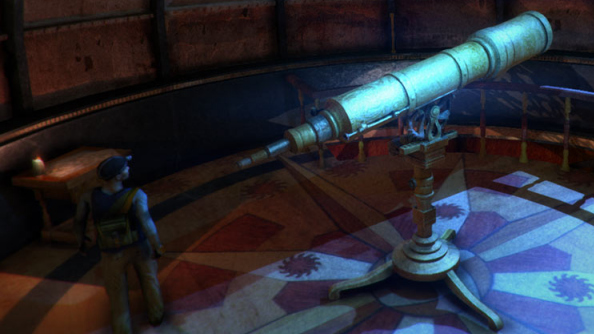 And I’m sure I don’t need to add that it all looks pretty fascinating. The Gallery has some almost magical design to it. I expect that, even with whatever it is that is on your heels, this will still be a fairly slow-paced game of pondering and perambulation. The developers mention Myst as a key influence and PC gamers of a certain age will remember that as hardly being the nippiest of experiences.

Like many of their Greenlight peers. CloudHead Games are hoping to fund their game via Kickstarter, launching their campaign on March 18. They’re not doing too bad, either, and have so far raised $24,000 of their $65,000 goal.

I think it’d be great to see an independently-developed Oculus Rift title Greenlit and I think the atmospheric and quite startling game that is The Gallery: Six Elements is worth a vote. I’d urge you to give it the thumbs up.