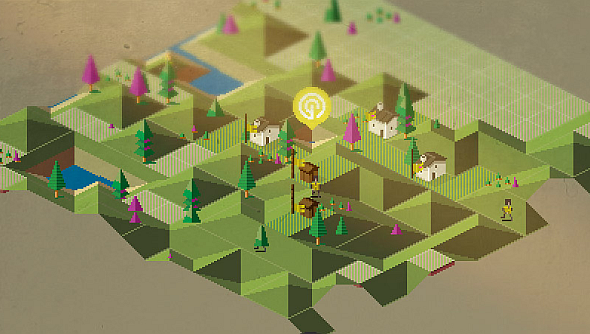 While Godus saw the return of Peter Molyneux to the god game genre we’ve not been entirely deprived of Populous-alikes since the release of Populous: The Beginning back in 1998. No, in fact, we’ve had an absolutely cracking return to the formula in the form of Reprisal.

Originally a free web game, the developers have expanded the beautiful tilt-shifted pixel art game into a fully-fledged release and it needs our help to get onto Steam.

Reprisal puts you in the shoes of a deity who has recently awoken from a nap to discover its once great tribe of worshippers has fallen into a state of laze. You must set about returning them to a position of power over the neighbouring three communities. This is far from a peaceful process, you will need to arm your people and fry your foes with both fire and lightning. 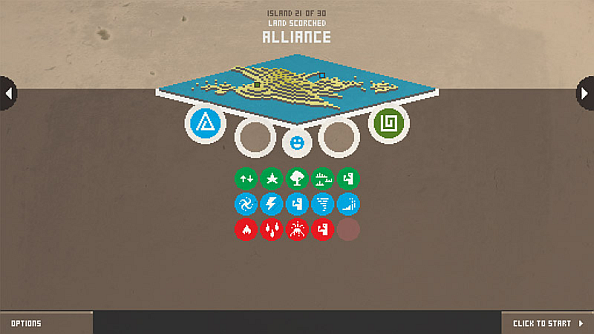 Players of Populous will notice this is no large departure from the 1989 game. some might call this lazy development but they’d be missing the point: Reprisal modernises the game’s interface, updates the look (brilliantly), and essentially provides a way to play Populous on your fancy pants modern computer without needing to fiddle about with emulators and other such questionable pieces of tech.

And let’s talk about the game’s look because it’s the most striking thing about Reprisal. Developer Reprisal Universe have created a unique isometric aesthetic by combining vibrant pixel art with a tilt-shifted lens. It’s a fascinating look for a game, one which is clean, purposeful, and coherent. It works for this genre because, as a god, it attaches a sense of focus to your vision, so that what you are paying attention to (by centering your screen over it) appears sharp and clear with the periphery of your view slightly blurring. It gives the impression of a god who is intently focussed on a single element of its world. I like that immensely, it conveys that you’re not an omniscient being (as was clear from the napping through the decline of your tribe) but when you have your attention on something you can wield great power over it. 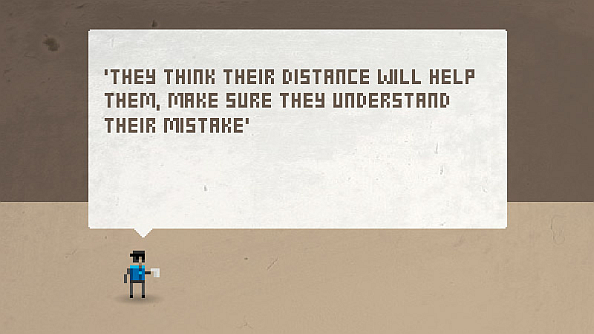 Now, the original release for Reprisal was a free web game, this is still available and you can get a good feel for what it’s doing by giving it a quick play. Following the success of the web game, Reprisal Universe expanded the game into a 30 level campaign, added in some unlockable challenge islands, updated and polished the chiptune soundtrack composed by Eric Skiff, and made it playable offline (thankfully). Another nice tweak was the upped population levels when playing against three enemy AIs. Previously you’d hit a wall with the size of your tribe which made dominating your enemies particularly challenging.

You can already pick up this paid-for version of the game on Desura and for a mere $4, too. But, dammit, we can’t let that be the only way to give money to these fine folk. This game should be on Steam. This game will be on Steam.