Playing anything like Wasteland 2 in 2013, well, 2014 now, gosh, is odd. I’m immediately transported from my office – where the magic happens – to my parents’ study, surrounded by tall grey filing cabinets and freshly polished shelving units containing thick tomes I’d never bothered to read. It’s the late ‘90s, and all my waking moments are being consumed by grand adventures through nearly alien lands, ravaged by a nuclear war.

Setting aside the properly 3D character models, Wasteland 2 could be from that era. It certainly wanted to be, as the original Wasteland was meant to spawn not one, but two sequels. We had to settle for a spiritual successor instead, in Fallout, but what a successor it was. InXile’s post-apocalyptic RPG channels both properties, with the former’s world and a lot of the latter’s mechanics culminating in a game that’s part Tardis.

InXile’s tapped into a parallel universe where CRPGs didn’t transform into cinematic action games, where players construct entire parties and view the world as a huge isometric battlefield ripe for exploration. This is Fallout 3 if it hadn’t come after the RPG landscape changed entirely, and it’s immediately familiar even if it’s a bit of anachronism. 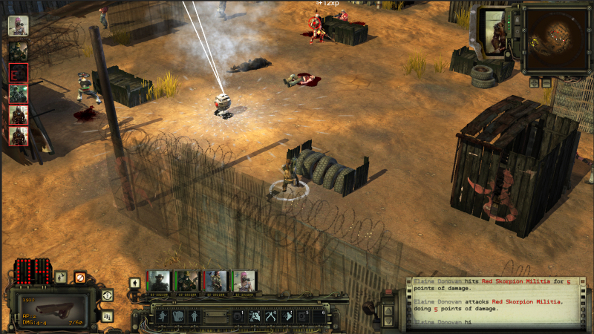 My first act, before I even set off on my journey across the blasted, irradiated wasteland was to make an entire party. I’m reminded of Icewind Dale and Temple of Elemental Evil, where there are countless skills and character possibilities, but never enough points to create a group which doesn’t have some glaring weaknesses. There’s no hint of Bethesda’s generous character creation, where you can make a hero or villain who’s immediately proficient in all manner of things.

Do I sacrifice a weapon skill to give my medic a second healing ability, and do I give the chap I’ve selected to be the group’s leader high charisma, even though that means I’m going to have to take away some of his combat ability? Making these choices for four characters without having a clue what I was going to encounter was nerve-wracking, exhausting even.

And levelling up, which is novelly achieved by radioing HQ with a status update, offers only slight rewards, so that you’re never improving in leaps and bounds, you’re just getting slightly better at maybe one skill, if that. There’s always a sense of forcing your way forward, pushing and struggling through the hostile world instead of effortlessly gliding from one mission to the next. 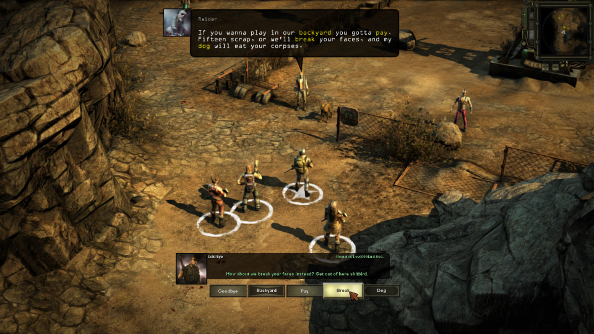 Seeing my choices pay off was empowering, even when it felt like I was scrabbling around in the dark. The leader of my Ranger group was a tough guy, a bit of a bully. I wasn’t really sure how people would react to that, and truth be told, they all act a bit differently. Before I’d left the first area, I’d impressed a guard so much by demanding that he let me into the compound (which he never did) that he gave me a brand spanking new gun for being such a bad ass. I didn’t get what I wanted, but my decision to be a complete arse was still rewarded.

Fortune wasn’t always on my side, though. My medic wasn’t up to snuff, for example, so we just had to watch as one of our comrades bled out after a particularly brutal encounter with a bunch of gun-toting bandits. My bad.

These difficult decisions reach a crescendo, at least in the beta, when two outposts need help, but only one can be saved. The result of ignoring one of these distress calls isn’t immediately apparent, so when I left the settlement I’d saved, on a high note, and visited the forsaken second option, the weight of this off-the-cuff choice I made hit me like a sledgehammer. Everyone dead or dying, the whole place trashed, all because I had made a split-second call. 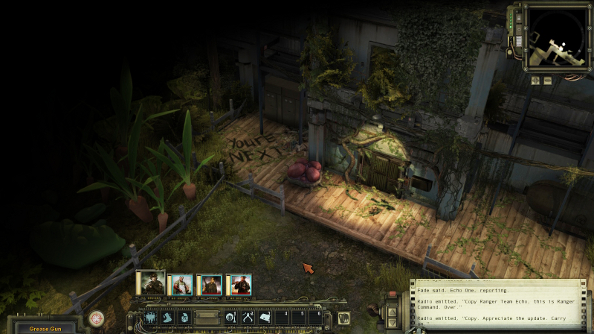 Combat, too, is reminiscent of a bygone era, though one that’s perhaps becoming more fashionable again. It’s a turn-based affair with action points (AP) being the primary resource. It’s in these conflicts were Wasteland 2 most feels like a Fallout successor, where fights are driven by maths and chance as much as skill. But some concessions are made for modernity’s sake. Rangers can seek cover, crouching behind rubble and barrels so they don’t get riddled with rusty bullets, adding a bit more tactical depth to what is actually pretty simple combat, but it never reaches the complexity of, say, XCOM.

It might be divisive when text is usually pushed to the sidelines in favour of voicework, but it is perhaps Wasteland 2’s flavour text that has enamoured me the most. There’s plenty of spoken dialogue, and environments are fairly detailed but from time to time, little bits of text get printed out in the lower right corner, fleshing out an area or describing exactly what you see when the game needs to have a bit more drama or creativity than the graphics engine can handle. This flavour text is a throwback to the original Wasteland’s tabletop roots, surely; these little printouts taking on the role of Dungeon Master, fertilising the players’ imaginations.

InXile’s really only offering up a tiny slice of Wasteland 2 at the moment, and I wouldn’t recommend grabbing it before you can actually experience the entire game, the way it’s meant to be played. Yet I’m comforted by what I’ve played, getting a chance to return to my favourite era of RPGs, even if I’m now twiddling my thumbs and waiting for the main course, absolutely ravenous.