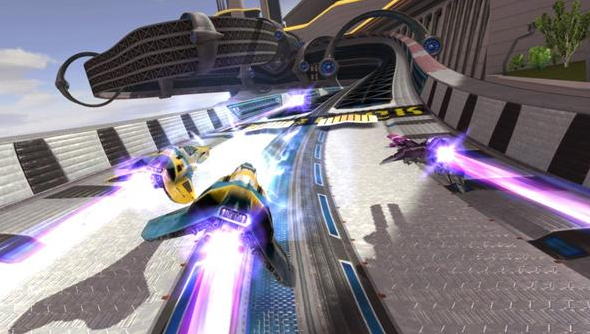 Last year, in a surprise move, Sony closed Sony Liverpool, one of the company’s most famous first party developers, the team responsible for the WipeOut series. Not to be put down, they’ve have reformed as Firesprite and, while they are working with Sony still, they say they’re no longer tied to the console manufacturer.

Firesprite is essentially one of the oldest developers in the business. Originally formed as Psygnosis back in 1984, they’ve been making games for years. Though they’ve been attached to Sony since 1993.

“[Firesprite] came about organically, but we all had a shared vision,” Graeme Ankers, the studio’s managing director, told IGN. “The founding team met up socially after Studio Liverpool and we talked about all the things we had achieved over the years, the platform launches, the variety of games, going back to the Psygnosis days and through to F1 and WipEout. We knew we wanted to carry on making great games.

Over the years, we worked with some of the best games content creators and quickly built a team of 20 people, 15 of which had been on the journey with us through the years at Studio Liverpool. It’s an energetic mix of experience and new talent.”

While the team have been working on something called the Playroom for Sony, their next project is multiplatform.

“We have been working hard on creating a new game engine and tool chain that allows us to put the creative power in the best hands – the artists and designers,” technical director, Chris Roberts, said. “That puts us in a great position delivering the best experiences for players. It also allows us to get our games running on multiple platforms including mobile – so we can deliver platform specific features that make the best games.”

They’re not yet talking about what that game is but hopefully we should learn more soon.