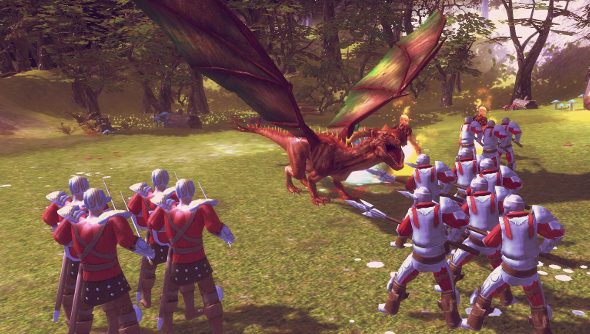 The wonderful thing about having a terrible memory is that I’ll get all excited about a game, completely forget about it and then be reminded about its existence months later and get excited all over again. I’m not saying amnesia is a good thing, but there’s a silver lining.

This was the case with Worlds of Magic, a spiritual successor to Master of Magic. Early this year, WoM had a very successfull Kickstarter campaign, but developer Wastelands Interactive decided to start a second campaign to improve the game’s visuals and allow people who missed the first campaign to become part of the process.

They only asked for a further £5000, but by the time the campaign finished last month, WoM managed to net almost £35,000. With the extra funding, Wastelands Interactive is adding new spells, more units and a unit editor. WoM was also greenlit on Steam with a beta on its way soon.

Wastelands Interactive plans to release the beta version of WoM next month for PC, Max and Linux, but you can already take the battleboard – where the fantastical units will clash in turn-based scraps – for a spin right now.

I started a wee fight with my orcish horde earlier, forcing them to do battle with a bunch of smelly humans, and the results were disastrous. Fireballs fell from the sky and scortched my minions, catapults flung rocks at them and paladins cut them to pieces. Maybe you’ll be able to do a bit better?