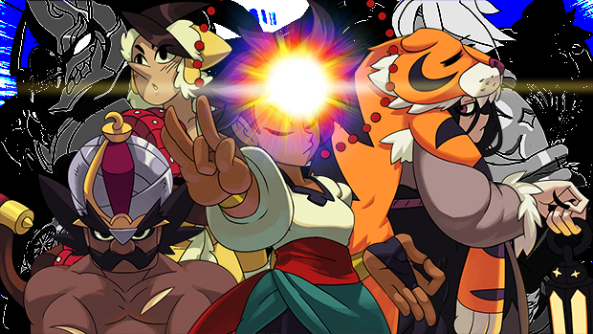 Following both publisher funding and massive crowdfunding success, Indivisible – an upcoming RPG from Lab Zero Games, the creators of Skullgirls – will be getting a swanky opening cinematic from one of the most famous anime animation studios around: Trigger, best known for their work on Kill la Kill and Little Witch Academia.

Know exactly what’s going on in the world of videogames with our upcoming PC games list.

According to Polygon, Lab Zero Games will be working with L.A.-based studio Titmouse (stop laughing) on the storyboards, while Trigger will make it all come to life via the magic of animation. Work will begin early 2017.

Inspired byValkyrie Profile and Super Metroid, the game itself will be a side-scrolling RPG where the hero,Ajna, unlocks more of the world as she grows in power. Upgrading her axe, for example lets her bash through scenery, while upgrading martial arts allows her to scale walls.

Lab Zero are also collaborating with Secret of Mana composer Hiroki Kikuta on the RPG’s soundtrack.