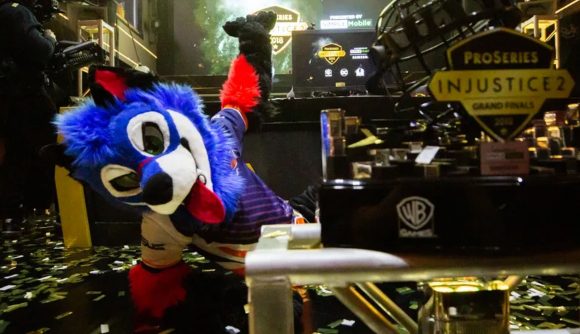 Dominique ‘SonicFox’ McLean won the Injustice 2 Pro Series earlier this week (for the second year in a row). In a post-match interview, he said he will donate a quarter of the $40,000 grand prize to runner-up Curtis ‘Rewind’ McCall, whose father is recovering from recent surgery.

SonicFox’s $10,000 donation will go a long way to help Rewind and his family with what will likely be eye-watering medical bills, as will Rewind’s own $20,000 prize for finishing second.

“I don’t do this for the money. [Rewind] is one of my good friends, one of my training partners, and I’m so very happy to have shared the stage with him,” SonicFox says in a post-match interview, via Kotaku (and VG247).

SonicFox is hailed as a prodigious talent in fighting games, able to pick up practically any such game and learn it to a competitive standard in astonishingly little time. His profile at LiquidPedia shows dozens of tournament accolades dating back to 2014 not only in Injustice and its sequel, but also Mortal Kombat X, Street Fighter V, Dead or Alive 5, and DragonBall FighterZ – of 46 recorded placements, 27 of them are first. He is nominated for best esports player at this year’s Game Awards.

Rewind was gracious and dignified in defeat, saying “losing to SonicFox is nothing to be ashamed of” and thanking him for his donation. He describes the relationship as a “friendly rivalry,” and reminds SonicFox that he still “beat your ass at EVO.”

My father watched me on LIVE TV in his hospital bed with my mom by his side. He also watched Sonic say that he was donating $10K to him. He was so happy man. He needed this. A tube down his throat and he still managed to feel enjoyment in seeing his boy work.

Personal opinion: it’s heartening to see two top-level esports players give it their all while competing, yet treat each other with respect (notwithstanding a little good-natured mockery) when the controllers are put down. It’s especially refreshing when certain personalities in mainstream sports – most recently and egregiously, in the UFC – seem to have lost all interest in sportsmanship. Respect to both SonicFox and Rewind, and best wishes for a speedy recovery to Rewind’s father.