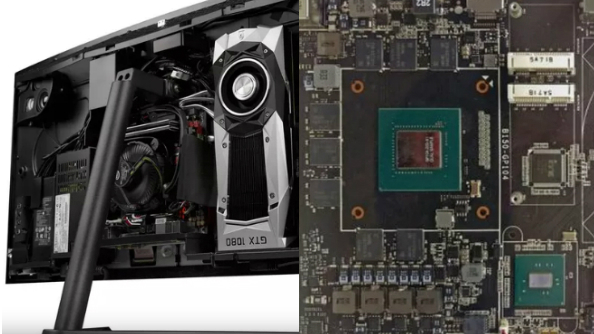 Strange being a relative term, of course. I don’t mean ‘strange’ like the Roswell incident or Lord Lucan’s disappearance. Putting a GTX 1080 inside a 34-inch curved monitor is a level of strange more akin to Christopher Walken’s speech patterns, or the look in Garey Busey’s eyes. Likewise slapping the PCB onto a motherboard. Just weeks after the former’s release, and before the latter even arrives, hardware companies are getting creative with NVIDIA’s new silicon.

Into hardware that hasn’t gone mainstream yet like those other sellouts? Don your goggles and try the best VR games on PC.

Let’s start with the Colorful GTX 1070 on a motherboard – it’s a proof of concept piece from the OEM manufacturer, built around Intel’s B150 chipset that allows for Skylake CPUs to be installed. With HP recently demonstrating the fruits of their research into VR backpacks – one more time, for emphasis, VR backpacks – it could well be integrated mobos like this that power mobile virtual reality tech.

Much more likely than us all wandering around in virtual worlds wearing computers over our shoulders though, is the prospect of super-compact all-in-one systems built with i7 6700K CPUs and GTX 1070s, which currently will buy you flawless 1440p performance in any game you care to name. It’s an interesting proof of concept that shows the potential of that 1070’s low TDP. 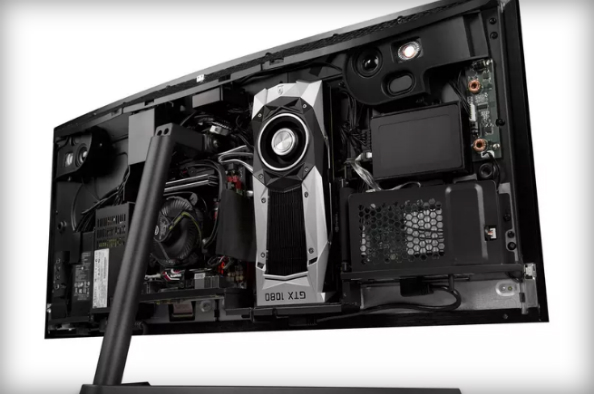 As for how and why, well you’d have to take it up with Digital Storm. Or you could go ahead and buy one for $3,000-$3,500 if you like. Try not to think about how you’ll just sit there sobbing in front of that 3440 x 1440 display when the hardware inside it becomes obsolete as you do so, though.

What this bizarre emerging trends of pushing graphics cards in surprising places tells us, if nothing else, is that the relatively low TDP of Pascal cards is good news for mobile devices and all-in-ones.