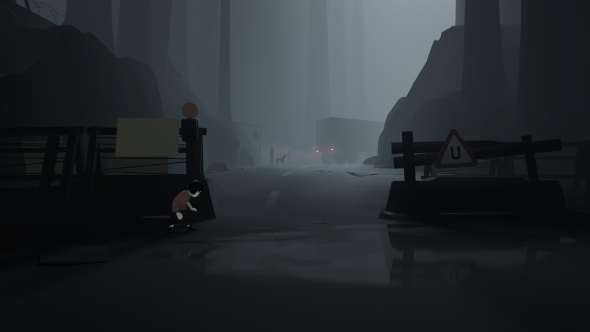 Playdead have begun teasing their follow-up to Inside. There’s no name yet, just a solitary image, but it looks like they’re mixing things up by not casting players as a small child who’s constantly murdered in horrible ways.

If you like small studio stuff that plays with your emotions, check out our list of the best indie games.

“Thanks for your warm reception of Inside”, says the tweet from Playdead’s account. “Since release, Playdead founder Arnt Jensen and the team have been working on the next adventure.”

The image shows a figure in a spacesuit pulling what looks like a tattered parachute behind them, as a meteor – or our astronaut’s ship – burns through the sky.

Thanks for your warm reception of INSIDE. Since release, Playdead founder Arnt Jensen and the team have been working on the next adventure. pic.twitter.com/RfejnH39mR

It looks like it’ll be a similar thing to Limbo and Inside – side-scrolling platforming with moody art. It possibly takes place on another planet.

I wouldn’t be surprised to see it tie into the previous two games, perhaps showing us where the brain-controlling worms originated from, or something similar. Either way, it’s pretty clear that you’re going to be stranded somewhere nasty, whether it’s on Earth or elsewhere.