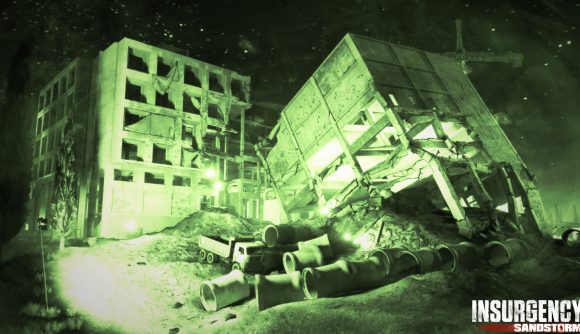 Operation: Nightfall has arrived for Insurgency: Sandstorm, and it adds night variants to all the game’s co-op maps, completely changing the tone and pace of Sandstorm’s cooperative missions. The update also adds a new map, Tideway, which also includes a night variant. Additionally, Nightfall adds new weapons and accessories to the game that’ll make it possible to fight under the dim light of the moon.

One of Sandstorm’s major draws is its spectacular sound design – firefights are loud enough to be properly terrifying when you’re under sustained enemy fire. The night variants of the map change that up a lot – your AI enemies will react differently in the dark, relying more on sound since they’ll have a harder time seeing you. The multiplayer co-op becomes more about coordinating with your team stealthily to avoid giving away your position.

Fortunately, you don’t have to be at the same visual disadvantage as your enemies. Nightfall also adds a variety of night vision options, which can light your darkened way up with the classic grainy green of traditional NVGs, the pale glow of white phosphor-based tubes, or amber. Or you can always just strap a flashlight to your weapon and hope for the best.

Here’s the Nightfall trailer, which goes through the massive update: 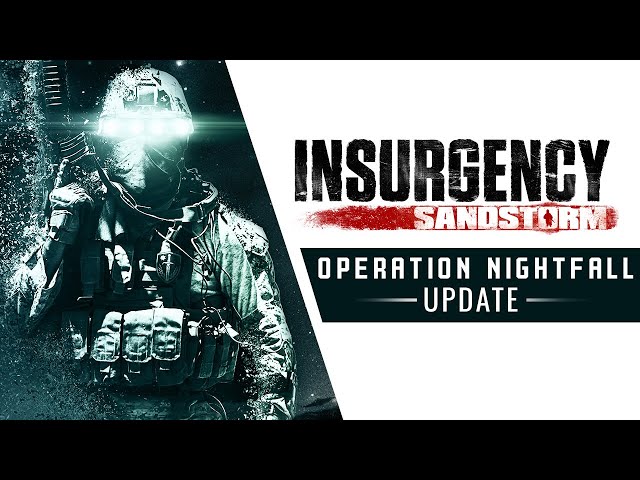 All the new night variants can be played as co-op missions right now, and PvP will include them as limited-time playlists. You can also use the night modes whenever you like on private servers.

Nightfall adds five new free weapons: there’s the Soviet AS Val assault rifle and the Sterling submachine gun for insurgents, and the AAC Honey Badger and a grease gun for security forces. Insurgents also are getting the suppressed bolt-action Welrod pistol, which you’ll be intimately familiar with if you’ve been a fan of the Sniper Elite series over the years.

While the meat of the update is free, Nightfall also is introducing paid cosmetic DLC packs to Insurgency: Sandstorm. There’s a ghillie pack for security operators who want to look a bit more snipery, and a ‘Nightstalker’ pack for insurgents, which appropriately has a darker theme. Those packs include new uniform accessories and weapon skins. New World says the DLC offers players a chance to give themselves a distinct look in the game while also contributing to Sandstorm’s continued development.

The update, finally, also includes a host of quality of life improvements and bug fixes, which you can read about in full over on Steam.