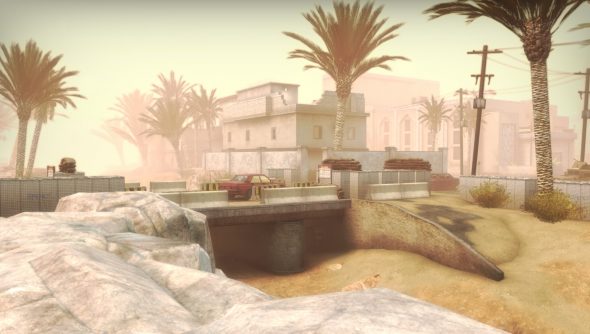 A new patch has rolled out for Insurgency and its popular WW2 conversion mod, Day of Infamy. Both patches make significant changes and improvements to the base game, as well as including new battlegrounds.

One day I will make my boss put Insurgency in our list of PC’s best FPS games.

The new Insurgency map is called Dry Canal and was originally created by community member Tribly and a finalist in the game’s Gamebanana level design contest last year. It will be included in regular rotation with the patch.

Though it’s not quite feature complete yet, the new patch will also lay the groundwork for the shooter’s competitive ranking system. “We know our competitive community are anxiously awaiting the competitive matchmaking features, and we appreciate everyone’s patience,” said New World Interactive.

“You can expect to see in-game progress in the near future, and if you want a preview of our competitive features, we will be creating a Competitive Testing group on Steam which will give you early access to features before they are introduced to everyone else. We will use this group to test the systems on a smaller base of users and solicit feedback.”

A bunch of new animations have also been added, including new reload animations and facial animations for your training level guide.HTML MOTDs have also been disabled due to player feedback, meaning no more obnoxious adverts in clan servers. There’s loads more, and you can find the full patch notes here.