Amazon is making its own processors to reduce its total reliance on Intel for server CPUs in its data centres. Not content with ruling the entire world of online retail, cashing in on the power of streamed media, making PC games, and rescuing beloved TV shows (Bezos bless it for bringing back The Expanse…), Amazon is now going to be creating its own silicon.

We’re not just talking about some fixed-function logic here either, the company has spent the last few years designing genuine server CPUs that will go inside the millions of servers it has humming away in data centres around the globe. By almost taking itself out of the CPU market that could have a massive impact on Intel, especially at a time when AMD is coming in to try and steal back a little of its own market share from the chip giant.

Back in 2015 Amazon acquired its own chip manufacturer, the Israel-based Annapurna Labs, for reportedly between $350 and 370 million. And the company has been there to help Amazon create its own new CPU.

The report in the New York Times suggests that the move won’t completely sever ties between Amazon and Intel, regarding CPU purchases, but it will give a huge amount of bargaining power to the Bezos.

The article suggests that 35% of the server-class CPUs sold globally go to only ten companies, such as telcos and Amazon. So, if Amazon is threatening to pull a whole lot of orders, that’s a good way to encourage Intel to maybe give it a little discount on the next shipment. 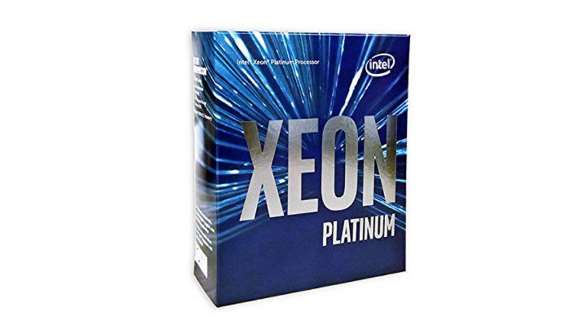 “The belief was that you needed some magic to build a processor, particularly a server processor,” says former AMD exec, Andrew Feldman. “They can now say to Intel, ‘We will just move the workloads to other chips.’”

Another part of the push to create its own new server CPU was the desire for a more energy efficient processor. The lower-power Amazon CPU should then help cut into the huge energy expenditure the company generates in order to keep its data centres spun up, which would be reason enough on its own.

Amazon has reportedly licensed a lot of its technology from ARM and has used everyone’s favourite silicon-manufacturer, TSMC, to do the actual fabrication. But it’s not necessarily looking to sell the CPUs on itself, and is reportedly looking at this as a more do-it-yourself kind of move.

It’s not the first time that Amazon has delved into chip-making, however, it has also built its own AI processor – the Inferentia. Though there is something I find deeply disturbing about that name, and I can’t quite put my finger on what exactly that might be…

For now at least Amazon seems to be drawing the line there. It doesn’t look like the former book barn is se to brazenly jump on Intel and AMD’s x86 license just yet. But you know if he wanted to nothing could stop the Bezos from getting in on the PC game. And even if that were a sticking point Amazon graphics cards could be fun, right?