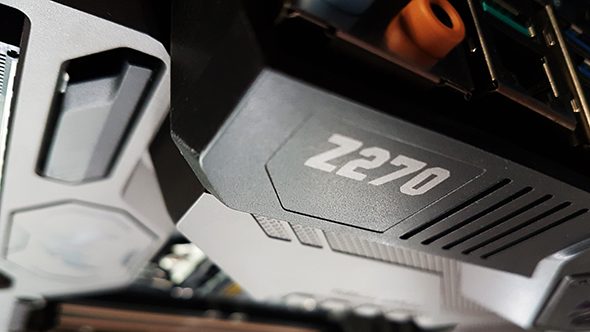 The Super PI world record has been crushed by a system running a Coffee Lake CPU on a Kaby Lake 200-series system, against Intel’s platform lockdown. Overclocker Dancop fitted an Intel i7 8700K chip into a Z270 motherboard, and drenched it in liquid nitrogen, to tear through the single-threaded pi calculator benchmark.

So, it looks like Intel’s Coffee Lake platform lock has been subverted once again. Intel locked down compatibility for its latest Coffee Lake CPUs to only 300-series motherboards, supposedly because of power limitations due to the bump in core-count, but modders have been set about proving Intel wrong ever since.

Ready to take a chance on the silicon lottery? Here are the best Intel and AMD CPUs money can buy.

Back in March a group of zealous modders managed to fool Intel’s security measures, bypass the platform lock, and get one of the budget Intel Coffee Lake i3 8350K processors working on a Z170 motherboard intended for 14nm Skylake parts. The board’s PCIe failed to work after that, but for the most part it was a convincing success. So long as you didn’t want to plumb a graphics card into it anyway.

The custom BIOS and hardware mod employed by Dancop to workaround Intel’s measures is not perfect either. By design the hexacore chip was running with only three cores and three threads on the Asus Maximus IX Apex Z290 motherboard, which would’ve had no real negative impact on the single-threaded Super PI benchmark, although Dancop later revealed the Z270 could potentially support all six cores but killed HyperThreading in the process. 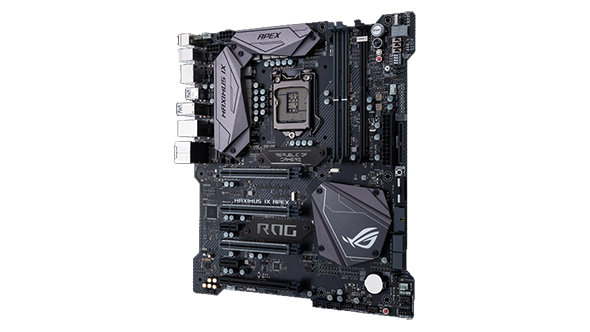 The run was completed in a record four minutes, 7.603 seconds, and was verified over at HWBot (via CNBeta). Windows XP was used for the run, and is reportedly quicker in this particular benchmark. Z270 also supposedly plays nicely with the ageing OS – hence the mobo swap.

The Intel i7 8700K managed to hit a ridiculous 7,344MHz clockspeed powered by an even more ridiculous 1.984V Vcore. Don’t try that at home, kids… at least not without a healthy dose of liquid nitrogen and a CPU that was already capable of serious levels of overclocking. Dancop also revealed his 8700K was able to hit 5.65GHz on an AiO liquid cooler, so it’s quite a chip anyway.

Unfortunately, it still seems like running Coffee Lake on 100- and 200-series chips is a little unrealistic for most casual gamers. This mod requires a little soldering and no little technical know-how, and still hasn’t quite been perfected, but at least we know that you can still break records even without Intel’s approval.