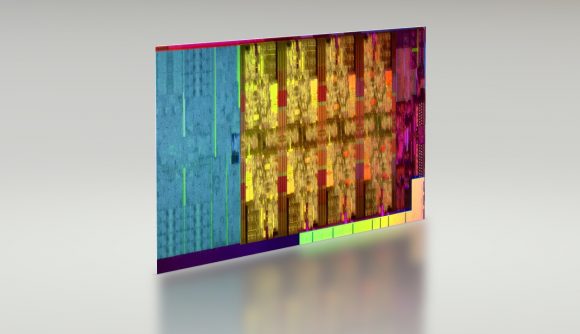 Intel’s going to release another range of 14nm++++++++ CPUs next year and it’s going to have a 10-core processor with the codename of Intel Comet Lake… according to what will surely be viewed as the most trustworthy source of rumours. The news has come from a member on a Taiwanese tech forum who is suggesting Intel will be shipping a deca-core mainstream CPU next year.

The Intel Comet Lake flagship model will then be a 10-core, 20-thread processor, based on the same 14nm production process we’ve been sitting on since Coffee Lake. And essentially since Broadwell, if you want to go back that far. But yes, it’s all according to this forumite who claims it was heard at a meeting. By his uncle. You won’t know him. But he’s really high up at Intel. Honest.

There is also some suggestion Intel might utilise a dual ring bus design for this Comet Lake chip, instead of the single ring bus used for the i9 9900K, or the mesh design picked up by the similarly ten-core i7 7900X and upcoming i9 9900X. That’s an intriguing thought and could possible suggest a move to something more akin to AMD’s CCX design.

But I’m really having trouble even calling this a rumour. It’s maybe an interesting thought experiment, so let’s just take as that – something to consider as a possibility of something Intel could try to deal with a future AMD Zen 2 architecture that is promising ever higher core-counts.

The bizarrely structured post (via Chiphell) is pretty rambling, even given the vagaries of Google Translate, and I’m not 100% convinced the potential dual ring bus design is actually being suggested as being part of the Comet Lake architecture. 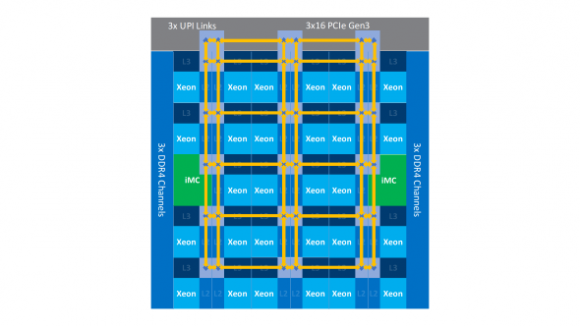 Though it’s an intriguing idea. The current single ring bus design is a simple interconnect that continues through all the cores on a die, connecting them together, with data travelling around the ring until it reaches the core it needs. That’s been used all the way up to 10 core CPUs with the Broadwell-E i7 6950K, and potentially with some 16-core Xeons too. But with Skylake-X Intel moved to a mesh design, which it uses in its current and future generations of high core-count server CPUs.

The difference is that it’s a far more complex set of interconnects, but does offer significantly higher bandwidth. Though, as Intel itself says, the mesh design is an ‘engineering tradeoff’ as it also results in significantly higher core-to-core latency too. There might then be some performance argument to not using the mesh layout for a desktop chip and moving instead to a dual ring bus design. 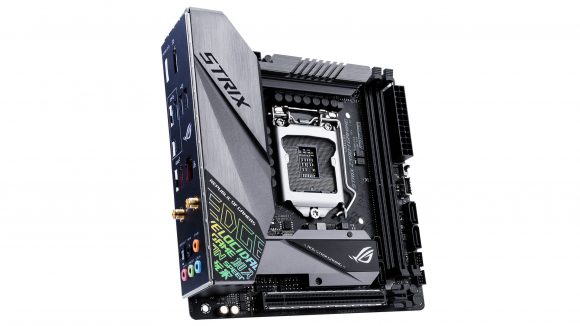 Realistically, however, both would either require a significant redesign of what will likely still be the same 14nm Coffee Lake architecture, or else demand far more die area than using a 300-series motherboard socket would allow.

Where dual ring bus designs have been used before Intel has essentially been parking a pair of discrete CPUs on one die using a couple of buffers to link them together. With this Comet Lake rumour that would potentially suggest a pair of either five- or six-core chips (with one core disabled) arrayed in a similar way to the quad-core CCX of Ryzen. And that sort of setup will need a whole lot of space.

More likely, if Comet Lake is to be a deca-core chip, Intel would stick with the same Coffee Lake ring bus design and hope it can cope. And hope there’s enough space to squeeze a couple of extra 14nm cores in the package too.

Just get rid of the Intel HD graphics. No-one uses that, right?