During last night’s Intel earning’s call CEO, Brian Krzanich, admitted volume production of their 10nm products was being shunted back from the second half of 2018 to sometime in 2019… and wasn’t able to say whether that would be first or second half of that year either.

Check out our pick of the best CPUs for gaming… hint: they’re not all Intel.

It’s another worrying twist in Intel’s 10nm tale, and the volume ramp of their 10nm products would already have been much delayed if they’d managed their latest 2018 target. Krzanich is very confident that they’ve nailed down what the yield issues are with the 10nm production process, but that ramp could still be well over a year away.

“We continue to make progress on our 10-nanometer process,” Krzanich explained on the call. “We are shipping in low volume and yields are improving, but the rate of improvement is slower than we anticipated. As a result, volume production is moving from the second half of 2018 into 2019. We understand the yield issues and have defined improvements for them, but they will take time to implement and qualify.”

How much time will they take to implement and qualify? Understandably most of the questions that followed in the Q&A portion of the call focused on the 10mn delay, but Krzanich was unable to give any further clarification beyond a rather vague 2019 timeframe however confident he claimed to be about the lithography.

“We didn’t say first or second half, but we’ll do it as quickly as we can based on the yield,” he said before adding, “The transistors work. We know the performance is in line. So it’s really just about getting the defects and the costs in line to where we want.” 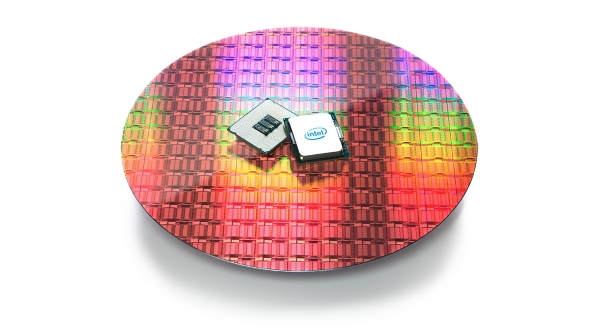 This delay is having a broader financial impact on the company, however. Despite the client computing group’s revenue being up by 3% over the start of the year Intel are expecting overall gross margins to level out.

“Gross margin will be approximately flat,” Intel’s Robert Holmes Swan explained, “as broad-based strength in our business is offset by the higher costs associated with the 10-nanometer volume production shift to 2019.”

So, what does that all mean for Intel’s CPUs? Well, it means that we’re looking at some more 14nm chips probably tipping up sometime this year with more ever more pluses stuck on the end of the lithography section of the specs sheet.

But that’s a good thing according to Krzanich. He suggests that all the improvements they’ve made to the 14nm process have delivered “performance gains of more than 70% since the first 14-nanometer products were launched.”

So that’s alright then. Though it’s quite possible the competition will have 7nm AMD Zen 2 processors actually available by then. Not looking that good for Intel…