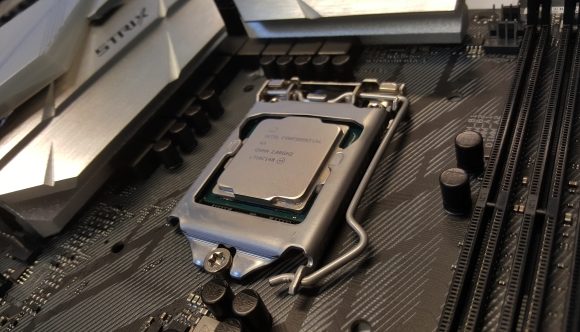 The first mainstream Intel desktop i9 octacore, the Intel Core i9 9900K, has been spotted in 3DMark TimeSpy. This 8-core CPU is expected to launch before the end of the year, and if these early benchmarking results are anything to go on, it will likely lead the pack in terms of performance.

The results, spotted by regular leaker Tum Apisak on Twitter, show a unnamed Intel CPU 0000 running at 3.1GHz – assumedly the i9 9900K. The reported turbo clock of the chip is an impressive 5GHz, so you won’t be losing out on any single threaded performance with the move from six to eight cores, and maybe even gaining some extra oomph along the way.

And those two extra cores will net you a score of 9862 in 3DMark TimeSpy with a Nvidia GTX 1080 Ti. That’s divided up into a CPU score of 10,719; and a GPU score of 9,725. As the base clock is a little lower than previously expected – other leaks purported a base clock of 3.6GHz – the numbers might not be the final performance figures once this octacore chip launches.

The boost clock will reportedly be limited to just a couple of cores. However, as we’ve seen with a couple of Intel’s most recent chips, some motherboards might totally disregard the rules and boost all cores up to the top boost core turbo frequency outlined on the box. One such board is the Asus ROG Strix Z370-F, which will kick the i7 8700K to 4.7GHz across the board, and is also the board used in this very 3DMark entry, too.

In our own comparative benchmarking, the proposed Intel i9 9900K benchmark is 33% faster than its fellow Coffee Lake Core i7 8700K comparing just the CPU runs alone – with a score of 8,053. Its combined score was 9,071. It’s worth noting that the GPU score difference is likely due to our use of a founder’s edition GTX 1080 Ti, which scored a little worse than the benchmark’s Gigabyte card. 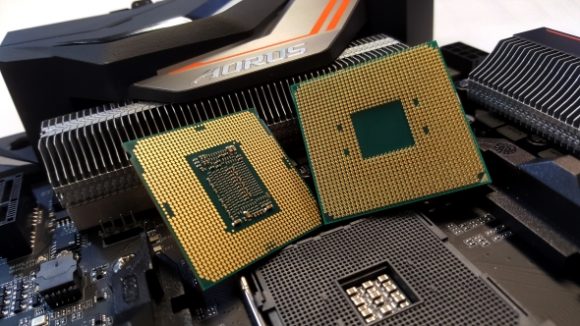 Performance is already looking mighty competitive for the Intel chip, but there’s also a chance of a little all-core frequency boost wizardry going on, or that this engineering sample isn’t actually running up to speed. All of which could aid (or stifle) performance depending on the user config / final shipping performance.

This benchmark’s timely appearance is a positive sign that Intel plans to launch this chip in the near-future; it is backwards compatible with Z370 boards, which we’ve suspected for some time; and it is promising stellar performance improvement over its six-core Coffee Lake siblings. Now it just needs a reasonable price tag and Intel could be onto a winner.

It also looks like Asus – and certainly others too – is almost finished prepping Intel Z390 motherboards for launch before the end of Q3, so maybe the next Intel / Z390 chipset launch will occur around the same time after all.