There have been rumours that the first Intel Xe graphics card is in trouble. That’s now been festively refuted by the company though I’m not sure how I feel about the way that Intel’s Chris Pirillo, a self-titled Community Jedi, has chosen to respond. He’s done it in song. In paraphrased Christmas song. I mean, it could be worse; he could’ve claimed that “the apps’ll all slay” via the medium of interpretive dance and I’d be left under no illusion about the certainty of my own feelings.

The discrete Intel Xe DG1 GPU is going to be the first of the range to hit the market next year, likely as an affordable entry-level part to compliment its CPU graphics, primarily in notebooks. But, over the past month, rumours have been spreading that the development has been tricky and the eventual release of subsequent graphics chips themselves could be in jeopardy.

First it was a post on Chinese tech forum, Chiphell, and then last week a post on reddit suggested that “DG1 is not shaping up very well at all,” and that there was a chance that we would “never see DG2 make its way to a retail product.”

That all sounds rather gloomy for this festive time of year, so there’s a part of me that definitely appreciates the lighter tone that Chris Pirillo chose to hit in his calculated response to the online detractors.

Sure, it’s cheesy AF, but at least Intel is seemingly taking all the rumour-mongering with good grace and responding with a sense of humour. If that’s the benefit of it employing the likes of Pirillo to represent Intel Graphics then so much the better.

But… the Intel Blue Santa hat? The faux Christmas background? The tortured way he’s stuffing the DG1 messaging into Winter Wonderland? Even the Intel Graphics Twitter account is suggesting that Pirillo has been chugging down the Christmas cocktails a little too readily…

The festive post is being taken both as confirmation that there is nothing wrong with the development of DG1, it’s still ‘a-hummin’ and ‘a-comin’ and potentially isn’t far off from launch now. Though I’m still betting on a Summer Intel Xe release date.

The lastest rumours of ‘DG1 woes’ surrounds the fact that, from Intel insiders, its performance is around 23% higher than the 96EU GPU inside the top Tiger Lake CPUs and that it’s been tough trying to nail that to a 25W TDP. Because of this, the reddit post suggests, Intel might have to give the GPU away and won’t see much in the way of sales or profit and certainly won’t be on par with the best graphics cards of AMD or Nvidia. 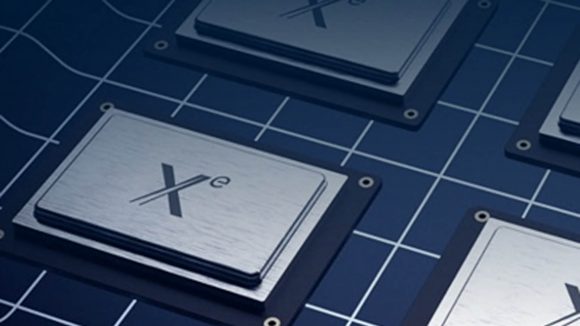 Which, like the previous rumours, sounds like a problem of enduser expectation versus what Intel is aiming for itself. Honestly, anyone thinking that Intel was going to release its first Xe GPU and instantly be competing toe-to-toe with Nvidia and AMD, needs to have a quiet word with themselves. And would it be that surprising to see Intel giving these, likely relatively low-cost, GPUs away to manufacturers?

Heavily incentivising notebook manufacturers to drop a Xe DG1 GPU into one of their new Tiger Lake laptop designs seems like the smart play when you’re trying to set up as a new player in the graphics card game. And if Intel’s potential asymmetric multi-GPU support works out, having Tiger Lake’s Xe-based CPU graphics – supposedly 1080p level themselves – working together with a 25W discrete GPU that’s some 23% more powerful, could make for a great little lightweight gaming notebook.

I’m not expecting Intel to suddenly take a big bite out of either the top GPU manufacturers’ market share, but I’m waiting to see what Intel actually comes out with before decrying it as an abject failure before the first leaked benchmark has even hit 3DMark 11…