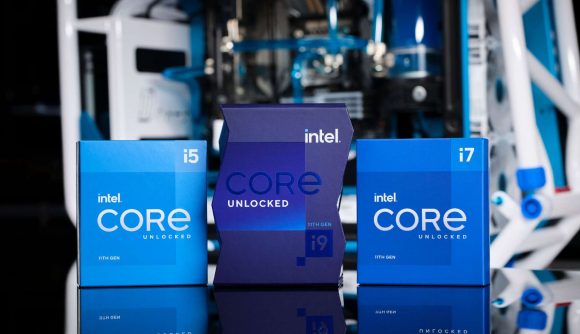 Intel’s upcoming 11th gen CPU lineup is set to release on March 30, and the company has just announced the official prices of all the processors in the range. There’s both good and bad news to take away from this leak if you’re looking to pick up the best gaming CPU next month.

However, the i5 11600K stands out to us here, as its MSRP of $262 is identical to the previous generation equivalent whilst likely improving performance (we’ll have to wait till CPUs are in consumers hands to gauge that) and adding that key PCIe 4.0 support to slot in the best SSD for gaming. Although it’s not the best chip for heavy workloads, it’s more than enough for playing the best PC games.

If you’re looking to spend even less on a processor to slot into the best cheap gaming PC, then the i5 11400F will be the cheapest six-core CPU in the lineup. It, too, has PCIe 4.0 support, with an MSRP of $157. That’s significantly cheaper than AMD’s similarly clocked, six-core Ryzen 5 3600 which comes in at $199, making team blue look seriously attractive when it comes to choosing a budget PCIe 4.0-compatible CPU. 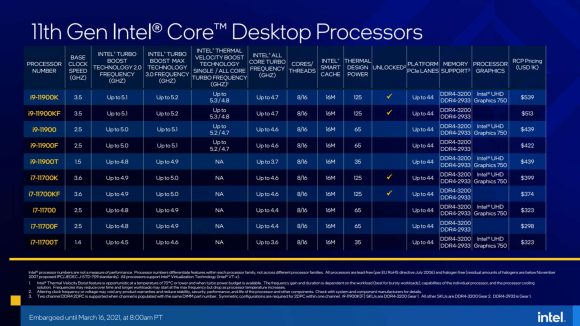 While we’re not expecting record-breaking gains with this generation, it could be a different story later this year when Intel releases its 12th generation Alder Lake-S chips, based on a new 10nm process and design.