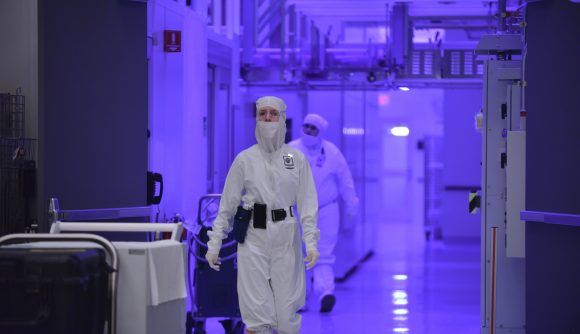 After admitting 10nm hasn’t been quite the rousing success the company had hoped for, Intel’s CFO says the company is targeting “much better” yield performance with the 7nm process node in 2021. Following that, it’s shifting onto the 5nm process node at an accelerated rate to regain process node leadership from its competitors.

“…look, [10nm] just isn’t going to be the best node that Intel has ever had,” Intel’s CFO, George Davis, says during a Morgan Stanley TMT conference call (via ComputerBase), “it’s going to be less productive than 14[nm], less productive than 22[nm]. But we’re excited about the improvements that we’re seeing. And we expect to start the 7nm period with a much better profile of performance over that starting at the end of ‘21.

“…also, you know, we were at a time when, in order to regain process leadership, we had to accelerate the overlap between 10/7, and then 7 and 5. And so the cost that you’re absorbing, starting in particularly ‘21, you’ve got this intersection of a performance of 10, the investment in 7 and we’re also willing to start an investment of 5, all of those elements just combine to impact gross margin.”

Coming from the CFO, all relevant information is drenched in the knock-on impact on the company’s financials over the next few years. Intel’s expecting margins to take a hit as a result of the squished manufacturing roadmap between 10nm, 7nm, and 5nm – all in the name of regaining process node leadership from the likes of its rivals in the fab game, such as TSMC and Samsung. 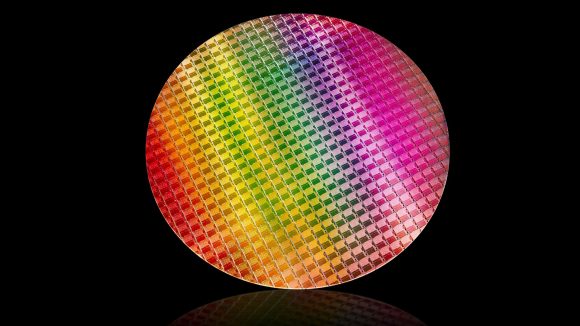 Intel plans to start shipping 7nm product in 2021, but we’re unlikely to find any of the best CPUs for gaming from Chipzilla to make the move for some time. We may see a 10nm rollout to our desktop machines around that time. Here’s hoping.

Meanwhile, TSMC is already shifting what it calls 7nm (process node naming is not standardised or representative) in AMD’s Zen 2 chiplets and AMD Navi GPUs. Later this year, the red team plans on incorporating its 7nm+ process node for Zen 3 and RDNA 2.

It’s no secret that Intel has been in a constant struggle over the years to build and ship processors on its 10nm process node, finally managing with the 10th Gen Intel Ice Lake mobile chips. Intel’s subsequent supply chain woes have also been attributed to this manufacturing stagnation, causing a gridlock of chips on the 14nm process. Intel’s CFO expects the company to be “fully recovered” to supply customers and build its CPU inventory before the year’s up.