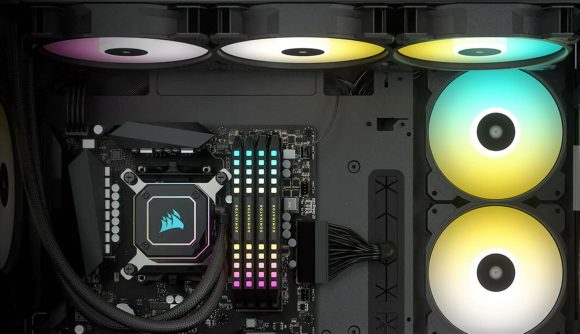 Recent reports suggest that Intel’s Alder Lake gaming CPU could cost as much as an Nvidia RTX 3080, making it a potentially expensive endeavour. Of course, reusing your existing cooler could help keep costs down, especially since overclocking Intel’s flagship chip will require something more sophisticated. However, it turns out that using your setup might come with some compatibility caveats, according to a report published by Wccftech.

The report in question includes a leaked image of three AIO coolers; an MSI K360 with LGA 1700 support, Corsair H115, and CoolerMaster ML, the latter of which require LGA 1700 upgrade kits. While the residual thermal paste on MSI’s cooling solution looks fairly normal, both Corsair and CoolerMaster’s cold plates seem to feature signs of uneven distribution.

The pressure difference is seemingly a symptom of the Alder Lake line’s lower Z-stack height, as even a difference of 1 mm can create cold plate and CPU contact issues. As Intel’s 12-generation processors rely on efficient cooling, especially if you’re planning on overclocking, the problem could hamper the performance of some gaming PCs that use upgrade kits and brackets.

It’s worth mentioning that the photo in question only shows three specific coolers, meaning it’s unclear whether the issue will affect all LGA 1200 AIO coolers. 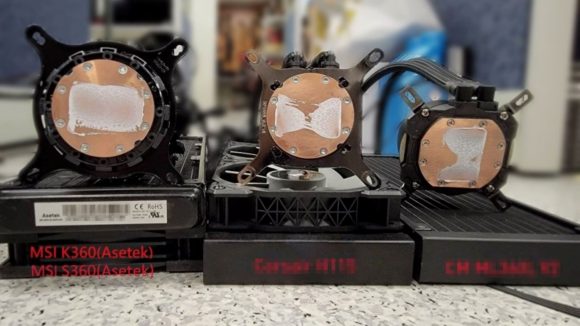 While the issue won’t affect products with LGA 1700 compatibility out the box, we’ll hopefully get a better idea of how older CPU coolers are affected once reviewers get their hands on chips and mounting kits.