Budget Intel Comet Lake motherboards are in testing right now, suggesting that it really shouldn’t be long before we actually see the launch of Intel’s next 14nm++++ processor range. We’ve had the 400-series motherboards appearing in the EEC registration database last week, with a slew of Gigabyte board names being registered, but actually seeing tangible benchmarks appearing in the SiSoft database is another big step on the road to release.

Board names of Z490, H470, and B460 chipsets being registered doesn’t necessarily mean anything, but with an ECS H470 now actually being tested out in the wild that seems to make Comet Lake’s desktop launch much more real.

We had assumed, given all the rumour-mongering and the fact that we’ve still got a Core i9 9900KS still to launch this year, that Comet Lake wouldn’t be making an appearance until well into 2020. But this isn’t some reference test board, but what looks like an actual retail ECS H470-SF110 motherboard SKU being put through its paces. And if the rumours of socket incompatibility are true there’s a new six-core, 12-thread chip coming in the 10th Gen Intel Core range.

With the 9000-series CPUs Intel didn’t actually ship a 12-threaded processor in its most recent lineup, with the Core i7 8700 et al being the last six-core, 12-thread desktop CPU from Intel. The test chip being used in the ECS H470 looks like an engineering sample as it’s just running at 2GHz with those six cores. There doesn’t look to be any major change is the make up of this Comet Lake sample, as its still running the standard 12MB L3 cache/Smart Cache.

That’s not a big surprise given that we’re still essentially looking at another roll of the Skylake CPU architecture, even if it has been heavily optimised in the years since it was first released. There are reports that the new boards will feature an LGA 1200 socket, suggesting pin incompatibility with the existing Coffee Lake processors of the 8th and 9th Gen, but the likelihood is that’s only a genuine necessity for the touted 10-core top dog that’s supposedly set to launch as the flagship Comet Lake CPU.

But I expect the new 1200-pin socket will be rolled out for all the 400-series boards, and not just the high-end Z490, to avoid any confusion of compatibility.

The interesting part of all this is that the first of the new boards that has been spotted is a lowly H470. That would seem to indicate that, whenever Comet Lake does launch, it will hit the shelves with the full suite of chipsets, and I would assume a wide range of CPUs too. 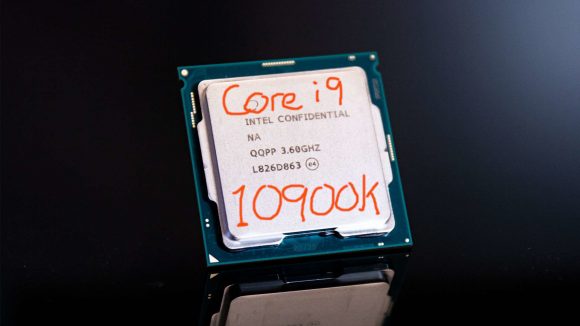 Intel has often seen fit to only release a handful of each in the vanguard of a new processor generation, with the 9th Gen the most extreme with just the Core i9 9900K, so this could represent a bit of a switcheroo by the big blue chip making machine.

That said, Intel has gone on record saying that “there’s not going to be some type of wholesale change in our strategy” in response to the AMD Ryzen threat, so maybe it’s actually all business as usual and Intel isn’t pulling out all the stops to make sure that it has something capable of catching the eye towards the end of the year.