New, freshly leaked benchmarks for the 10-core Intel Comet Lake CPU, the Core i9 10900K, show it topping AMD’s 12-core Ryzen 9 3900X in a pair of different 3DMark processor benchmarks. The results are for the Physics and CPU Scores of the the Fire Strike Extreme and Time Spy benchmarks, both of which are able to take advantage of the extra couple of cores Intel is jamming into its top Comet Lake processor.

The performance delta between the Intel and AMD chips is only about 4 – 5% in favour of Comet Lake, but does show the 14nm++++++++ process is still able to deliver up against the 7nm Zen 2 design despite the disparity in core count. The Intel chip will be running at a higher clock speed, and that’s obviously having a large impact on the head-to-head battle.

With the 10-core and 12-core chips going head-to-head it’s clear from the 3DMark benchmarks dug up by perennial leaker, TUM_APISAK, that the higher clock speed of the Intel processor is more than able to make up for the difference in core counts. At least that’s the way it looks like it’s going in rendering and gaming tasks.

It’s also interesting to see how much further ahead the top-end Comet Lake chip is compared with the OG Coffee Lake hero, the Core i9 9900K. The new i9 10900K is batting with around 15 – 16% higher performance than the last-gen Intel processor. 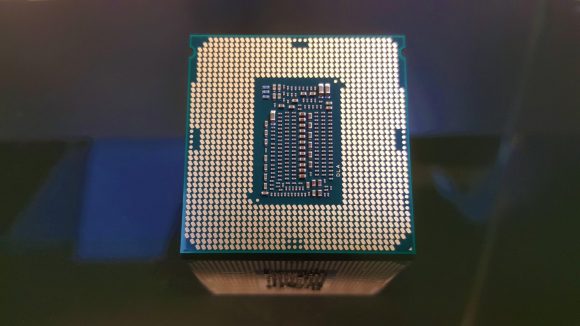 Under load it’s being rumoured that the 10900K does suck down a whole lot more juice even than that, however. Some reports have suggested the reason why the Z490 boards are expected to only be released by May and not sooner is that the 10-core, 24-thread Comet Lake flagship (flagchip?) is often topping 300W under heavy loads.

However it shakes out, once Intel is confident enough to release its full Comet Lake lineup it’s likely to challenge the best gaming CPU lists once more in the Core i9 10900K. The key question though is whether Intel is going to have the brass cojones to price it aggressively enough to put the squeeze on a rampant AMD.

If it’s smart Intel will put the Core i9 10900K on a collision course with the AMD Ryzen 9 3900X and price it under $500, but there is always the possibility that it will see the slight performance wins as proof it can price it closer to the ultra-expensive 16-core Ryzen 9 3950X.