Price resets seem to be a new theme for Intel processors at the moment. After announcing a 50% ‘reset’ of its high-end desktop X-series pricing with Cascade Lake X, Intel is now slashing the pricing of some of its KF and F-series desktop Coffee Lake CPUs. Okay, ‘slashing’ is maybe overs-selling it a touch, given that the largest discount seems to be just 14%.

The KF and F-series CPUs are Intel’s straight graphics-less processors, chopping out the Gen9.5 GPU silicon unnecessary for anyone building a machine with a discrete graphics card. They provide a little saving over their full-spec counterparts, and mean you have a little extra dough to put towards other parts of your build.

“You can buy this processor at a cheaper price,” Intel’s Mark Walton tells us, “you’ve got more money to put towards your SSD, or graphics card, or memory, or whatever else is in your system that you’re trying to build and save on the integrated GPU that you’re just not going to use.”

The problem is that Intel only has a small amount of actual control over how the chips are priced in the actual market, and cutting a few percentage points off the price of trays of 1,000 processors might not have a huge impact. And when Amazon is now shipping the Core i9 9900K for around $475 there starts to be less of a reason to be concerned about the ‘price reset’ on the GPU-less chips it’s enforcing.

Because of that realistically this latest pricing adjustment probably hasn’t really been made for us on the DIY side of the processor market, but is likely more aimed at the big system builders. Providing the gaming PC makers with savings on CPUs, however small, can have a big impact on their bottom line when margins are so tight. And with the increased interest, and serious value-proposition that AMD’s current and last-gen Ryzen processors offer, being able to encourage system integrators to start offering cheaper, or more powerful Intel-based gaming rigs is a smart move. 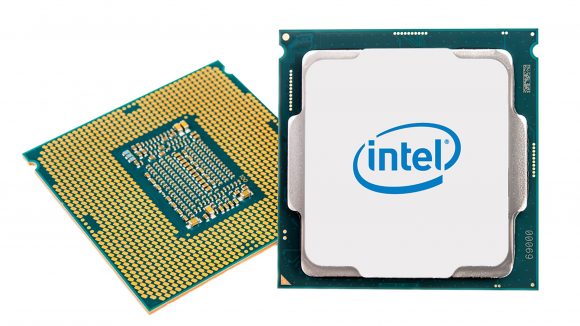 With this latest pricing announcement for its more mainstream desktop chips Intel has reaffirmed its commitment to having GPU-less processors as part of its CPU roadmap going forward.

“In addition to Intel Xeon W and X-series,” says the announcement, “Intel is also introducing new pricing to its Intel Core S-series processors without integrated graphics. Intel is committing to these processors in its long-term roadmap, which has given Intel the opportunity to reset where it fits in the portfolio and pricing.”

With the Intel Xe discrete graphics card launching next year – potentially in June if Raja’s Twitter account can be trusted – there is even more reason for Intel to start offering processors without graphics components baked into them. If the Xe GPUs are a success it can be even more confident about having users running Intel graphics whether they’re built into the CPU or not.